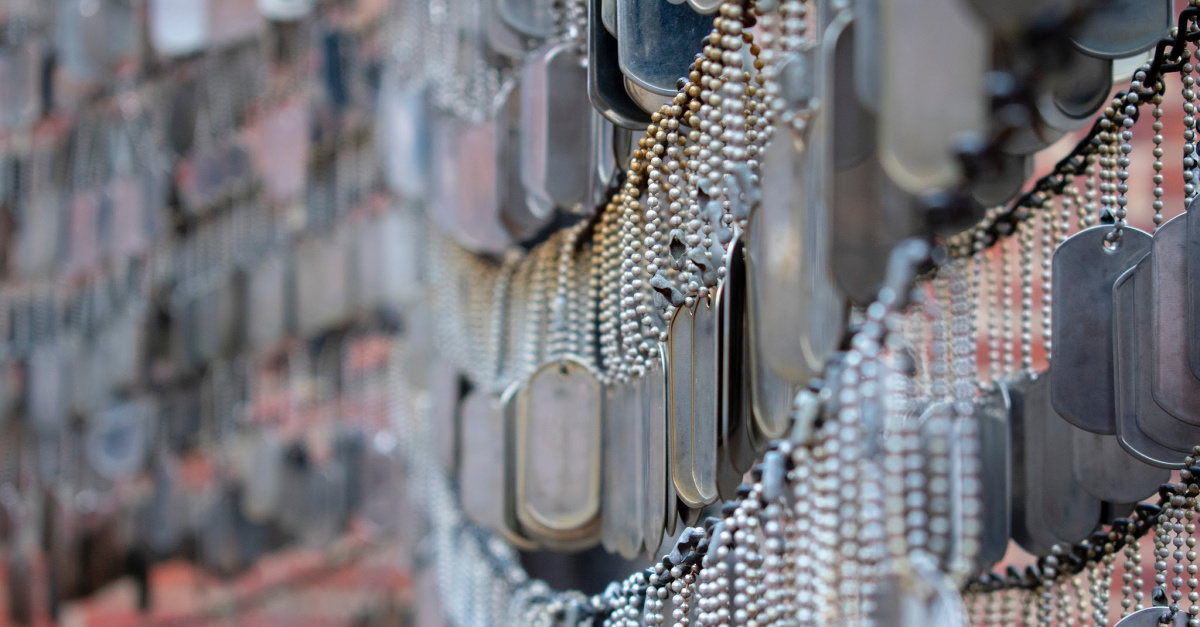 The United States Army has ordered a faith-based organization to stop emblazoning Christian messages on official military apparel. Despite Shields of Strength spending the past 20 years printing Bible verses on military dog tags without any issue whatsoever, one complaint now threatens to derail their entire business.

The issue arose when the company was reported to the Department of Defense by Mikey Weinstein, founder and president of the Military Religious Freedom Foundation (MRFF). Weinstein claimed that engraving religious messages on an item that displays the official military emblem is fundamentally wrong and "poisons the constitutionally-mandated separation of Church and State…” according to Fox News.

Shortly after this, military branches started contacting Shields of Strength and informed them that they would be pulingl the licenses issued to the group regarding the use of official military logos.

"You are not authorized to put biblical verses on your Army products," Army Trademark Licensing Program director, Paul Jensen, noted in a letter to the group, according to Fox News. "For example, Joshua 1:9. Please remove ALL biblical references from all of your Army products."

Shields of Strength’s Kenny Vaughan said he was horrified by the letter and was shocked at how something which serves to bring military members some hope could be seen as so scandalous.

“It's insane. It's incredibly selfish. All we do is provide a reminder of God's word. No one has to do this," Vaughan said. "Virtually every unit has contacted us and said, 'Would you make us a tag with our unit on it?' We've seen the fruit of the mission. Literally thousands of soldiers, airmen, marines, telling us with tears in their eyes how much it's meant to them, and many times the Gold Star families to be in possession of the dog tag they wore.”

As a result of the Army’s bizarre actions, which they took due to the “negative press” they were receiving over the complaint, First Liberty Institute has hit back and demanded that the military reinstate the trademark licenses.

The Army has since confirmed it received the letter and are investigating the matter.

The whole saga has greatly disappointed Vaughan, who said he’d witnessed thousands of soldiers desperate to take the word of God into the battlefield so that they might be strengthened and comforted in their darkest days.

"The love of Jesus changed my life forever,” he said. “It's the most valuable thing I have to offer anyone is God’s Word..no one needs it more than a young man or woman fighting for our freedom and we’re going to fight for them."

According to Premier News, Vaughan has produced over 4 million of the Christian-themed tags.