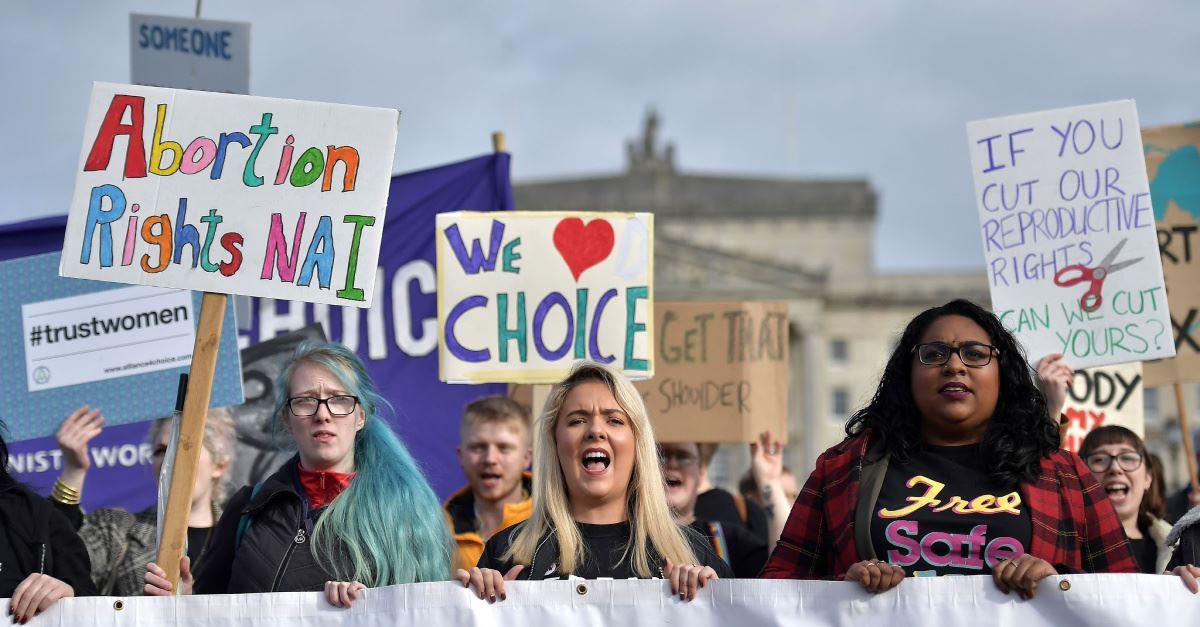 On Tuesday, abortion became officially legalized in Northern Ireland, after a Victorian-era law criminalizing the practice was wiped away.

The new legislation, which allows for abortion up to 28 weeks in some cases, was passed by the British parliament in July, despite Northern Ireland having its own legislative assembly. The Northern Ireland assembly, called “Stormont,” has been inactive since 2017 after the two main parties, the DUP and Sinn Fein, fell out.

Prior to the new legislation being introduced, abortion in Northern Ireland was illegal in almost all cases, unless the mother’s life was at imminent risk. No exceptions were made, not even for fatal fetal abnormality, rape or incest. Though women will not be able to actually attain abortions in the UK region until April of next year, they will also no longer face the threat of prosecution for seeking a termination.

In a last-minute effort to stop the new legislation from coming into effect, on Monday, the Northern Ireland Assembly was recalled to debate the issue. However, without cross-party support, nothing could be achieved. Irish republican party Sinn Fein, who are the second largest in the country and staunch pro-abortion campaigners, failed to show up to the recall, calling it a “political stunt.”

Despite the lack of political participation, the DUP’s leader and the First Minister of Northern Ireland, Arlene Foster, promised to do everything in her power to repeal the laws and criminalize abortion once again.

“This is not the end of the matter”, Foster declared in the final remarks delivered during the recalled sitting. “If it comes into force tonight, there are other options in terms of repealing, and we will do everything we can, in our conscience, to protect the life of the unborn.”

But despite Foster’s protestations, there was nothing more that could be done.

“The changes will mean Northern Ireland moves from having the most protective environment for the unborn to having some of the most liberal abortion laws in Europe,” Peter Lynas, Northern Ireland director of the Evangelical Alliance, told Christianity Today. “They were imposed without the consent of the people of Northern Ireland and will fundamentally shift our culture.”

In the sweeping reforms, Westminster also passed legislation legalizing same-sex marriage, which was previously prohibited in Northern Ireland. However, despite this legal change, several churches in Northern Ireland have insisted they will only conduct marriages between a man and a woman.

“The Church of Ireland affirms, according to our Lord's teaching, that marriage is in its purpose a union permanent and lifelong, for better or worse, till death do them part, of one man with one woman, to the exclusion of all others on either side," a spokesperson for the Church of Ireland told the Belfast Telegraph.

The first official same-sex marriages are expected to take place on Valentine’s Day next year.