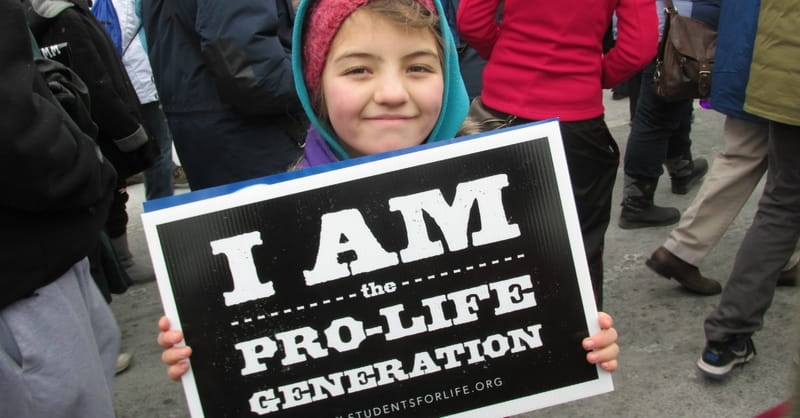 The day after the inauguration of President-elect Donald Trump, as many as 200,000 women will march on Washington to “send a bold message to our new government on their first day in office, and to the world that women’s rights are human rights.” Pro-life women will be welcome at the event, but organizers removed one pro-life group after backlash over the weekend.

The group in question, New Wave Feminists, say they want to “take feminism back from those who have corrupted it.” In statements on their blog, they tie this corruption to those who support abortion.

We live in a world where if you experience an unplanned pregnancy you are expected to work twice as hard to make up for you fertility. That child is not a blessing, it's a burden. It's not a person, it's a problem.

Because abortion is an option, when a woman doesn't "choose" to terminate her pregnancy, by default she's choosing to burden her employer, her partner, her community.

And we hate her for it.

Abortion creates a world that is undeniably anti-woman.

The march’s organizers issued a statement addressing the removal Monday. ”The Women’s March’s platform is pro-choice and that has been our stance from day one… The anti-choice organization in question is not a partner of the Women’s March on Washington. We apologize for this error.”

Destiny Herndon-De La Rosa, Founder and President of New Wave Feminists, lamented the decision to LifeSite News, saying that the March “only wants to include a ‘diverse array of women who think exactly like them.” She will still attend the march, in spite of what she sees as the organizers’ “unfortunate” decision.