'When I Say Aborted, You Say Fetuses,” Chants Pro-Abortion Protesters amid a Pro-Life Display 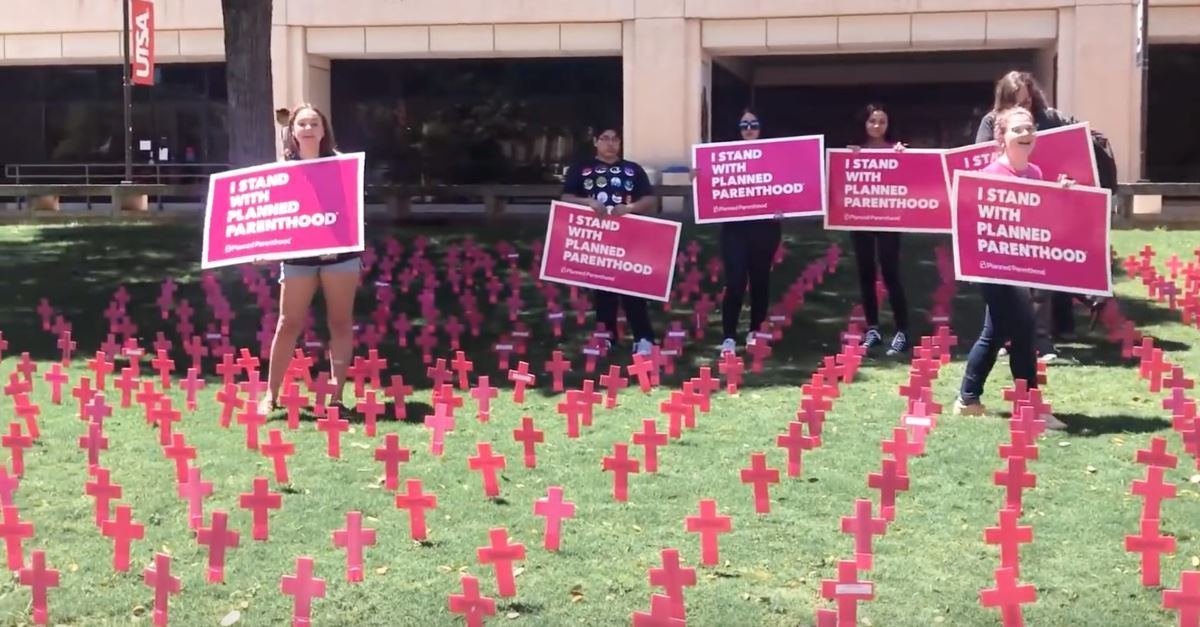 'When I Say Aborted, You Say Fetuses,” Chants Pro-Abortion Protesters amid a Pro-Life Display

Last month, pro-choice students danced in the middle of a pro-life display and chanted their support for abortion while holding Planned Parenthood signs.

According to CBN News, Students for Life set up a “Cemetery of the Innocents” display at the University of Texas San Antonio to memorialize children who had died because of an abortion.

The pro-choice students ran out onto the display once it had been set up and started chanting “Stop, hey, hey, what’s that sound, all the fetuses are in the ground.” One of the students led another chant, yelling, “When I say aborted, you say fetuses.”

Sarah Zarr, the Texas Coordinator for Students for Life, reported what else took place in a press release by Students for Life. She said, “At University of Texas-San Antonio, there was a protest formed against us as soon as we set up. The students who protested us are in a campus group called Students United for Planned Parenthood. Some of the members approached us but would not dialogue. They just wanted to shout their points at us. One girl told me I was using my “White privilege” and “wasn’t allowed to be out there talking about this issue when it affects black women.” A few members did speak with us, but when they couldn’t think of a response to what we said, would get mad and walk off. Then a bunch of them came with signs and stood in front of our display shouting that we didn’t have the facts.”

In the statement, she also claimed that they are going to have to continue to dialogue with abortion supporters so they can help them see the light before laws are going to change. She said, “I truly believe that we are not going to change legislation until we change hearts and minds, and we will do this by simply having conversations.”