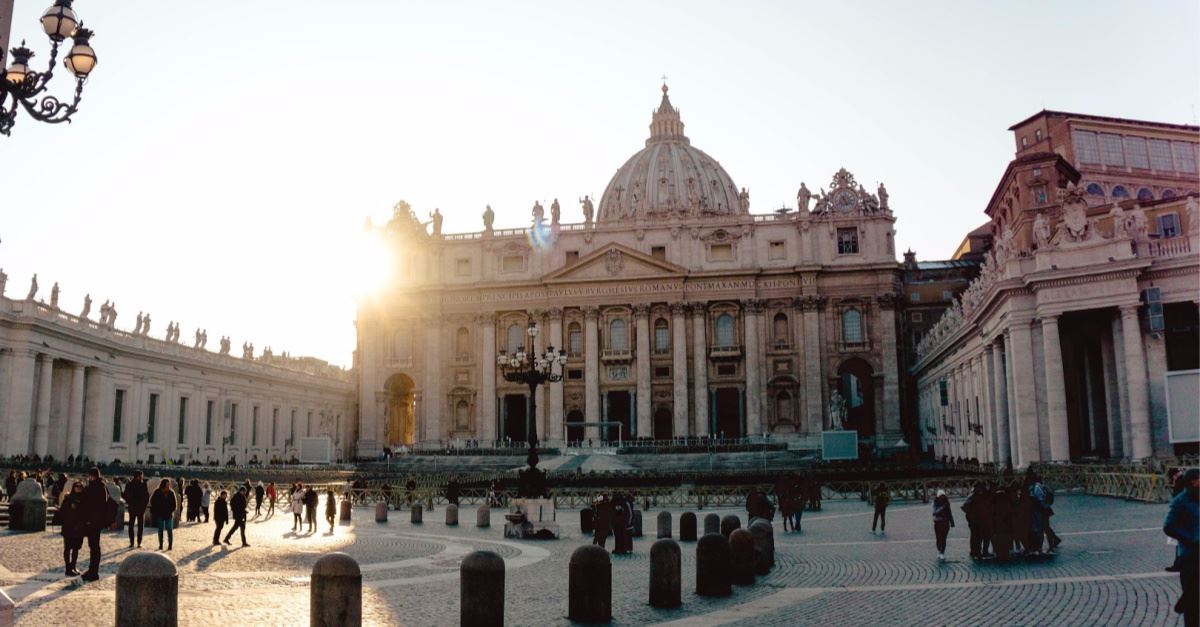 The Vatican released a document aimed at confronting an “educational crisis” over gender and sexuality. The report, issued by the Congregation for Catholic Education, aimed to address the “disorientation” Catholic leaders see regarding gender, sexuality, and biology. They say this confusion has destabilized “the family as an institution” and sought to “cancel out the differences between men and women” by acting as if they are “merely the product of historical and cultural conditioning.”

The document, titled “Male and Female He Created Them” said the idea of gender fluidity originated because of a “confused concept of freedom” and “momentary desires” which are emblematic of our current culture. It rejected using the terms “intersex” and “transgender” as well as affirming the “complementarity” of male and female sex organs to ensure procreation.

Critics blasted the Vatican both for the report and for the timing of the report, which came during the LGBT Pride Month celebration. New Ways Ministries, an organization of LGBT Catholics, said the document is a “harmful tool that will be used to oppress and harm not only transgender people, but lesbian, gay, bisexual people, too.” The ministry’s leader, Francis DeBernardo, said the report could lead to “self-harm, addiction, and suicide” among LGBT youth.

In a tweet, Jesuit priest and writer James Martin said, “Vatican document takes aim at "gender theory." It rightly calls for "dialogue" and "listening," but sets aside the real-life experiences of LGBT people. Sadly, it will be used as a cudgel against transgender people, and an excuse to argue that they shouldn't even exist.”

Robert P. George, a professor at Princeton, responded to Martin in a blog post. He argued that withholding the truth about gender from people, even those experiencing gender dysphoria, would be to “not truly love the people to whom one is ministering.” In addition, he said that the truth is “liberating and life-giving, even when it is hard to hear and hard to live up to.” Finally, he said that refusing to tell people the truth will “prove to be something far worse than a mere failure. And the highest price will be paid by those who most badly needed to hear the whole truth proclaimed.”

Dr. Lawrence Mayer, a scholar in residence in the Department of Psychiatry at the Johns Hopkins School of Medicine and a professor of statistics and biostatistics at Arizona State University, recently argued that transgender ideology is based on mere social policy and not in medicine or biology. He said, “Scientifically speaking, transgender men are not biological men and transgender women are not biological women. The claims to the contrary are not supported by a scintilla of scientific evidence.

The report was not authored by Pope Francis but does contain quotes from his writings and speeches.