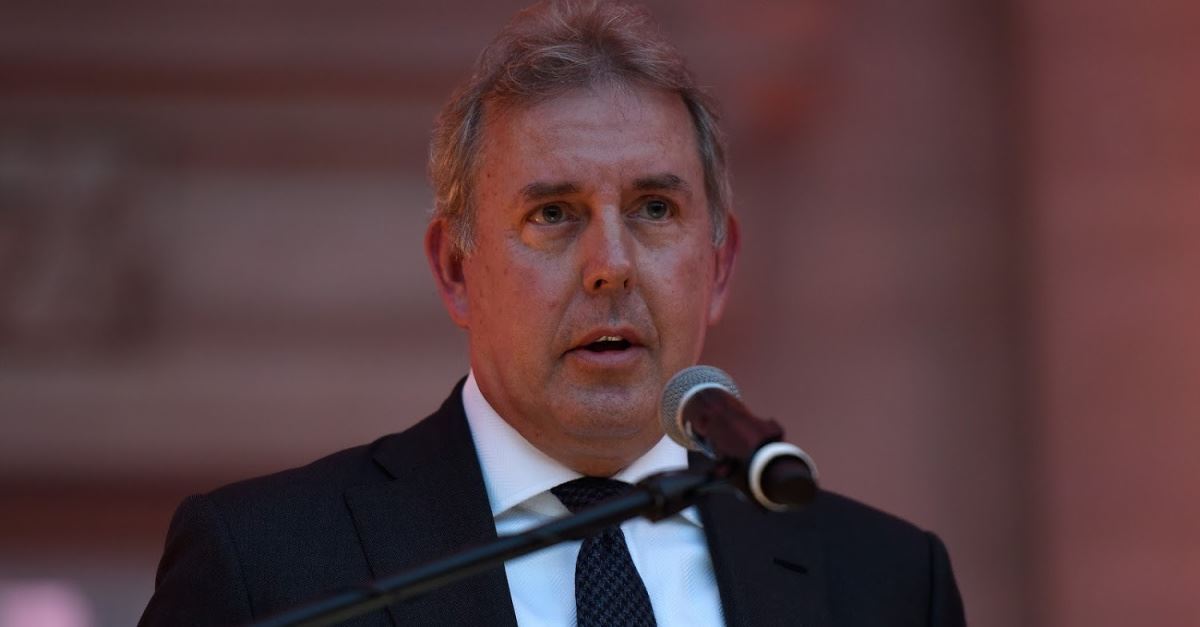 The U.K. Foreign Office announced Wednesday that their ambassador to the United States had resigned, just days after cables in which he was critical of President Trump came to light.

In his resignation letter, Kim Darroch wrote, “Although my current posting is not due to end until the end of this year, I believe in the current circumstances the responsible course is to allow the appointment of a new ambassador.”

TheDaily Mail published leaked cables over the weekend in which Darroch offered his frank assessment of both President Trump and his administration. In the cables, he described conflicts within the Trump White House as “knife fights,” said the President could be indebted to “dodgy Russians,” said Trump’s economic policies could destroy the world trade system, said scandal would likely cause the President to “crash and burn,” and said he believes Trump might still attack Iran. In another cable, he wrote, “We really don’t believe this Administration is going to become substantially more normal; less dysfunctional; less unpredictable; less faction driven; less diplomatically clumsy and inept.”

President Trump responded Monday by announcing that his administration would no longer deal with Darroch. He tweeted, “I have been very critical about the way the U.K. and Prime Minister Theresa May handled Brexit. What a mess she and her representatives have created. I told her how it should be done, but she decided to go another way. I do not know the Ambassador, but he is not well thought of within the U.S. We will no longer deal with him. The good news for the wonderful United Kingdom is that they will soon have a new Prime Minister. While I thoroughly enjoyed the magnificent State Visit last month, it was the Queen who I was most impressed with.”

....thought of within the U.S. We will no longer deal with him. The good news for the wonderful United Kingdom is that they will soon have a new Prime Minister. While I thoroughly enjoyed the magnificent State Visit last month, it was the Queen who I was most impressed with!

The rift between the U.S. and the U.K. comes as the Tories are deciding who will head their party and succeed Theresa May as Prime Minister. Boris Johnson, who seems likely to replace Mrs. May, did not back the ambassador and has faced backlash from his political opponents. Labour Party official Emily Thornberry said, “The fact that Sir Kim has been bullied out of his job, because of Donald Trump’s tantrums and Boris Johnson’s pathetic lickspittle response, is something that shames our country,” adding, “It makes a laughingstock out of our government. Just imagine Churchill allowing this humiliating, servile, sycophantic indulgence of the American President’s ego to go unchallenged.”

Darroch will remain in his post until a replacement can be named, though that may not happen until after a new Prime Minister is named.