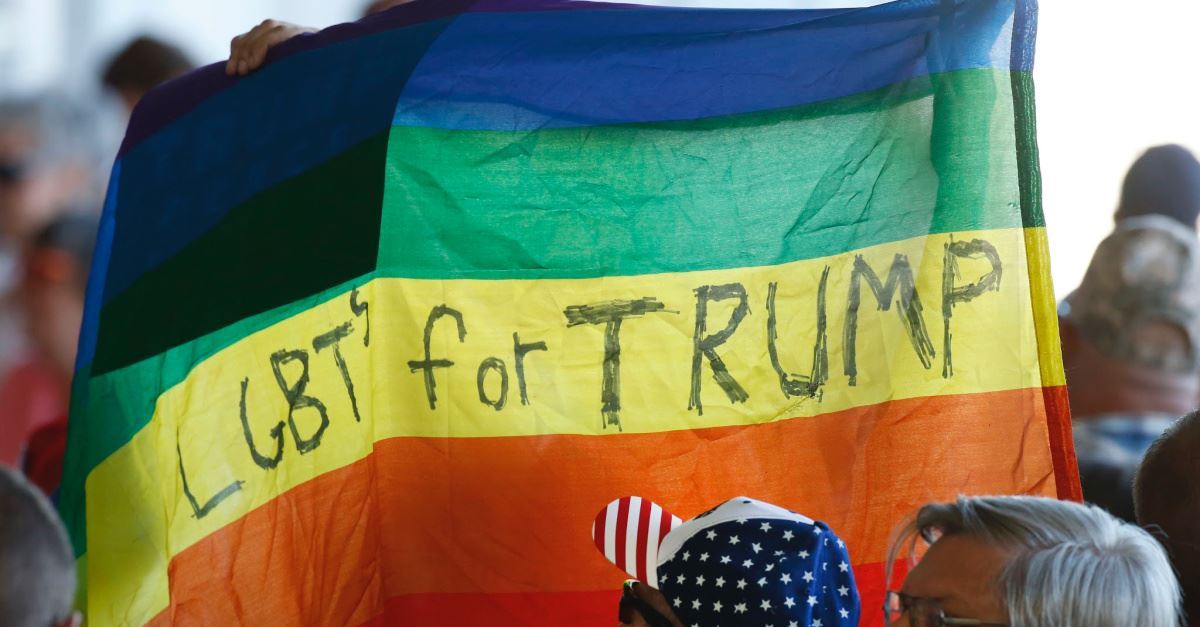 President Trump ruffled feathers on both sides of the political aisle when he tweeted his support for LGBT Pride Month.

On Friday afternoon, the president tweeted, “As we celebrate LGBT Pride Month and recognize the outstanding contributions LGBT people have made to our great Nation, let us also stand in solidarity with the many LGBT people who live in dozens of countries worldwide that punish, imprison, or even execute individuals on the basis of their sexual orientation. My administration has launched a global campaign to decriminalize homosexuality and invite all nations to join us in this effort!”

....on the basis of their sexual orientation. My Administration has launched a global campaign to decriminalize homosexuality and invite all nations to join us in this effort!

President Trump pledged on the campaign trail to focus on LGBT issues, showing himself to be the most friendly towards LGBT issues of any of the Republican candidates. In February, he appointed Ric Grenell, the US Ambassador to Germany, to lead the Administration’s efforts to encourage other countries to decriminalize homosexuality. Grenell told the Daily Mail that, “President Trump has never wavered in his support for decriminalizing homosexuality. This is a clear message to the 71 countries that would arrest people like me for being gay.”

Many on the left jumped on the President’s tweet, saying that he is a hypocrite who does not truly support LGBT issues. Chad Griffin, President of the Human Rights Campaign, said, “You can’t celebrate Pride and constantly undermine our rights – including attacking #TransHealth, discharging #TransTroops, refusing to protect LGBTQ youth, and cozying up to dictators who brutalize & marginalize LGBTQ people. This is gross hypocrisy, with an emphasis on gross.”

On the other end of the spectrum, the American Family Associate released a statement finding fault with the President for his celebration of LGBT Pride Month. AFA President Tim Wildom said, “Homosexuality is not something the president should celebrate. It’s unnatural, unhealthy and immoral behavior. We hope he will continue to stand firm against the so-called Equality Act (H.R. 5) and any legislation that threatens religious freedom. Such legislation will use the full force of the federal government to punish Americans who don’t embrace the LGBT political agenda.”

However, LGBT Republicans were thrilled with the tweet, seeing it as a possibility that Trump will move the Republican party on the issue. Jerri Ann Henry, leader of the Log Cabin Republicans told theDaily Mail, “To have any president recognize Pride month is important to my community. To have a Republican president recognize that is massive. It is worth noting that hasn’t happened before, and not anything else.” Henry knows she is in for a long battle, saying, “There will be many other issues we have to go to war over, but I will celebrate this.”

Almost 70 countries consider homosexual acts to be a crime. Most of the nations are located in Africa and Asia, but there are several in the Americas and Oceania as well. Nigeria, Somalia, Sudan, Iran, Saudi Arabia, and Yemen have imposed the death penalty on LGBT people.