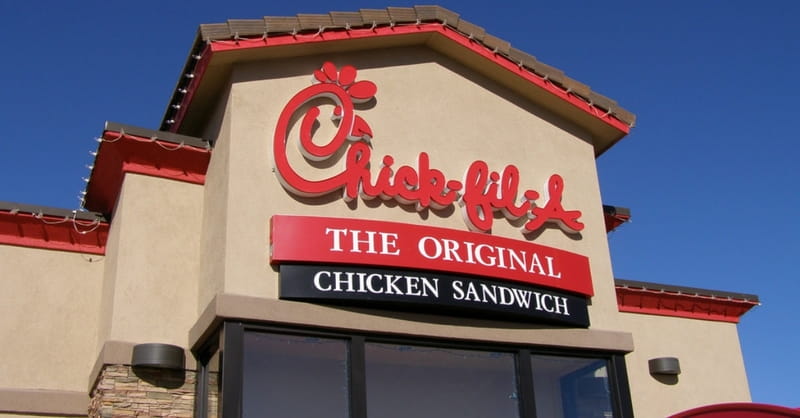 Chick Fil A opened their fourth restaurant in Manhattan last month. The location on Fulton Street, the largest in the world, frequently serves lines that stretch down the block. Not everyone is happy about Chick-Fil-A’s apparent success in the Big Apple, as evidenced by Dan Piepenbring’s article in The New Yorker shows.

Piepenbring called Chick-Fil-A’s presence in the city an “infiltration” because of the chain’s “pervasive Christian traditionalism.” He cited the presence of Bible verses and a painting of Jesus washing the disciples’ feet in their Atlanta-based headquarters as well as their closing on Sundays as an example of this. Then he turned to the company’s stance on LGBT issues. He quotes their promise to “treat every person with honor, dignity, and respect,” but says they have, “quietly continued to donate to anti-LGBT groups.”

Piepenbring alleges that Chick-Fil-A operates with “an ulterior motive,” citing their mission statement which says they exist “to glorify God.” He says, “that proselytism thrums underneath the surface of the Fulton Street location.” The article closes with a stinging indictment of the chain, which is now the third-most popular fast-food restaurant. He says “there’s something particularly distasteful about Chick-Fil-A” and remarked that it is “infected with suburban piety,” before closing by encouraging New Yorkers to tell the restaurant, “NO MOR.”

Throngs of Twitter users responded to Piepenbring’s piece. Nate Silver, editor-in-chief of FiveThirtyEight, shared the article and opined, “This is why Trump won.” Southern Baptist Theological Seminary President Al Mohler said it is an example of how “the condescending elitist secular journalistic left gets the reputation of being openly hostile to Christianity” and called the article “rancid.” Other users wondered if the magazine would print the same kind of vitriol about a Muslim-owned restaurant, while Christian artist Shai Linne remarked, “This is ridiculous. Talk about reaching. I would rather the author be honest & just say, ‘Listen, I hate Christianity and anything that has even the faintest aroma of Christ on it.’”

Piepenbring said little in response to the uproar over his article. He retweeted a few responses to his piece before saying “Welp time to sit down with a Wendy’s spicy chicken sandwich and a cold one and read my mentions.” Another user responded by posting a picture of a Wendy’s restaurant marquee, which read, “We stand with Chick-Fil-A and simply said, “enjoy.”