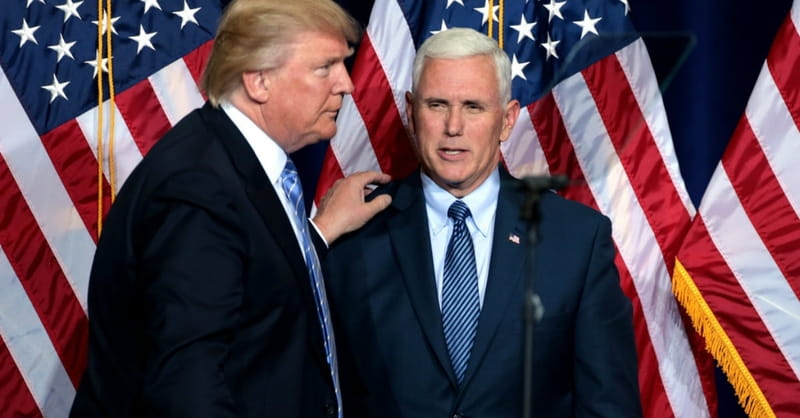 *Editor's note: Since the publication of this piece, Alyssa Farah, a spokeswoman for Pence, has responded to the criticism in The New Yorker article. According to the IndyStar.com, Farah stated, “Articles like this are why the American people have lost so much faith in the press. The New Yorker piece is filled with unsubstantiated, unsourced claims that are untrue and offensive."

In a blistering piece for The New Yorker, Jane Mayer shared quotes from several sources who overheard the President make jokes about Vice President Pence’s religious faith and social conservatism. Mayer’s profile of Pence is her response to many who wish to see Trump impeached. In it, she lays out the case for why she finds the prospect of Mike Pence as President just as risky as the administration led by President Trump. The piece, titled “The Danger of President Pence,” paints Pence as an ambitious politician whose religious zealotry and social conservatism conflict with his desire to the rise to the top of American political life. Mayer also portrays Pence as an intense devotee of the Koch brothers’ political philosophy and a hypocrite who doesn’t live up to Jesus’ admonition to love our neighbors.

Mayer spoke with Pence’s eighty-four-year-old mother and his brother Gregory. They talked about Pence’s childhood in Columbus, Indiana, and his brother recalled that they were attacked because of their Catholicism. Pence told his father he could not decide between law and the priesthood, so his father convinced him to study law, knowing that he could still go into the priesthood later if he was so inclined. During his years studying law, he met a friend who talked to him about Jesus and then he became a Christian not long after at a Christian music festival in Kentucky.

The piece then followed Pence into early adulthood where he met and fell in love with his future wife, Karen, and entered politics. Mayer walks through his unsuccessful runs for Congress in his early years, work for conservative organizations, and election to Congress. Her portrait shows a man who always had his eyes on a bigger prize, quoting his brother who said he wanted to be President since he was an infant. She argues that Pence ran for Governor of Indiana to get executive experience and build a national profile, but then he wrecked his chances at higher office by signing the Religious Freedom Restoration Acts and then evading questions about why he did so. Mayer quotes political observers who saw Trump’s offer to join his ticket as Pence’s political salvation because he faced no better than a fifty-fifty chance to be reelected.

In one of the most telling sections in her article, Mayer quotes sources who say that Trump often takes shots at Pence’s religious faith and social conservatism. One staff member claimed that when people met with Pence before they saw Trump, he would quip, “Did Mike make you pray?”

She writes that two sources told her that Trump told Pence his opposition to abortion was futile. They met with one legal scholar who claimed that if Roe v. Wade, the landmark 1973 Supreme Court decision that legalized abortion, were overturned, many legislatures would legalize abortion at the state level. Trump then looked at Pence and said, “You see? You’ve wasted all this time and energy on it, and it’s not going to end abortion anyway.”

Trump also needled Pence over his stance on homosexuality. According the Mayer’s sources, during a conversation about gay rights, Trump directed everyone’s attention to Pence and said, “Don’t ask that guy–he wants to hang them all.” Mayer also claimed that she had a phone conversation with then Republican nominee Trump as he was making his decision about Vice President. She asked if he also held to Pence’s “deeply conservative social views” and said he became “uncharacteristically silent.”

Pence did not respond to Mayer’s interview requests for the piece. Neither he nor the White House have responded to her claims in the article.