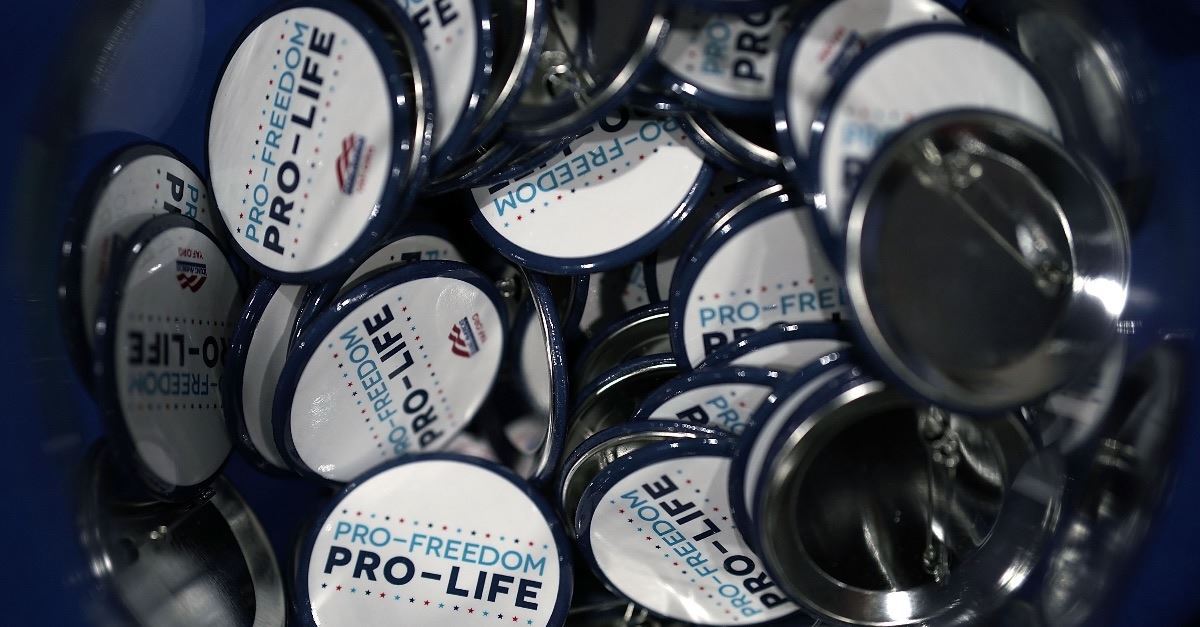 A Toronto woman videoed a man who was harassing pro-life protesters at an annual event in Toronto on Sunday. When the man saw the phone in her hand, he briefly argued with her before delivering a roundhouse kick to her shoulder.

Marie-Claire Bissonette, who serves as Youth Coordinator for Campaign Life Coalition, told her story in a post for LifeSite News. She explained that the assault happened at an annual event called Life Chain, which brings together thousands of pro-life advocates who stand on street corners across Canada in silent protest. Their signs only display messages, including numbers for the local pregnancy help center, but do not contain “abortion victim photography.”

Bissonnette was in charge of a street corner where 76 people stood holding signs when a man, now identified as Jordan Hunt, walked up and started frantically scribbling on people’s signs with red and blue markers. When they realized what he was doing, the protesters held their signs out of reach and he wrote on their clothing instead.

The video began with him talking to one pro-choice protester who stood on the corner holding a sign which read, “My body, my choice, my right.” She disagreed with his tactics and told him to “kill them with kindness.”

As Bissonnette approached him, she told him that he was destroying private property. He responded by asking her, “If somebody gets raped by somebody and they’re like, ‘I’m a sixteen-year-old and I can’t have this baby,’ think she should keep it?” Then he gestured at her with a thumbs up and a thumbs down to gauge her response.

Bissonnette responded to him, saying, “It’s a baby” and started to pose a question to him when he stuck out his tongue, turned, and roundhouse kicked her in the shoulder, knocking the phone out of her hand. She can be heard asking someone to call the police and he pleaded “I was trying to kick your phone.” He then pulled the ribbon off of her chest which identified her as the leader of the protest and ran away.

Two police officers pulled up ten minutes later, but Bissonnette claimed they remained in their car and seemed to act as if there was not much they could do. She filed a report two hours later with officers that she said were “significantly more helpful.”

As video of the incident became public, viewers identified the man as Jordan Hunt, a Toronto hair stylist. Noble Studio 101, where Hunt worked, posted on Instagram Thursday that he had been “let go” and they in no way condoned his actions. 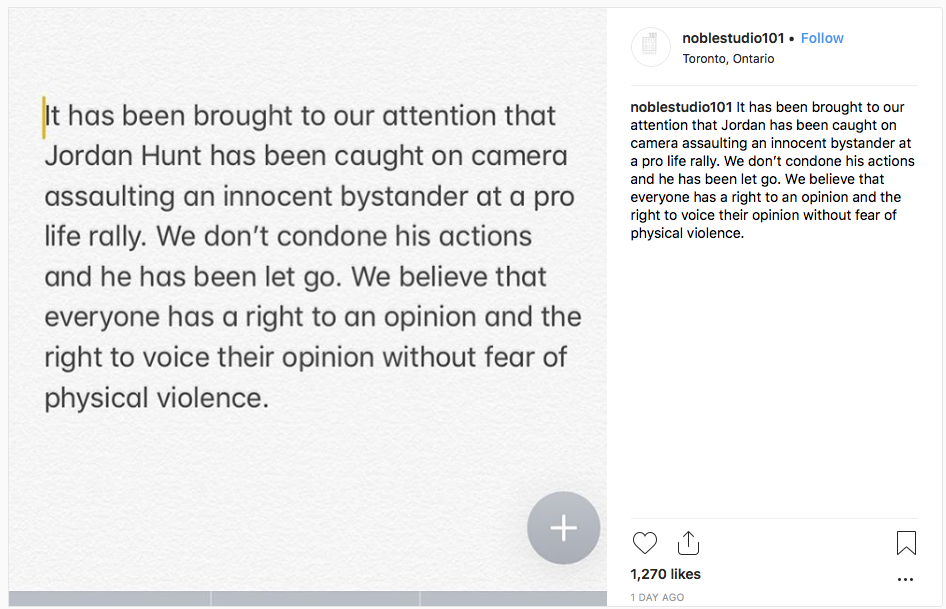 In a post on Friday, the salon said they received threats and fake appointments which significantly disrupted their business. They asked that the public allow them to conduct their business in peace since they were not involved in Hunt’s actions. 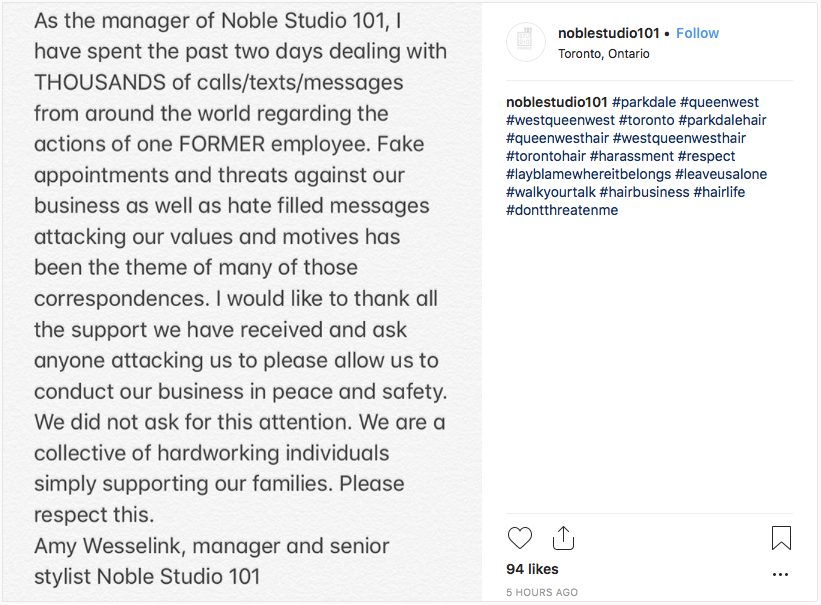 A Twitter account surfaced claiming to be Hunt and sent out tweets defending his actions, but it was later revealed to be someone impersonating him.

Bissonnette says she will press charges when Hunt is arrested, hoping this will deter future aggression against pro-life protesters. She said, “It’s not the first time I’ve experienced physical aggression from people who disagree with our message. I don’t think it’s acceptable to show any physical violence to anyone who disagrees with you. The perpetrator should know that.”