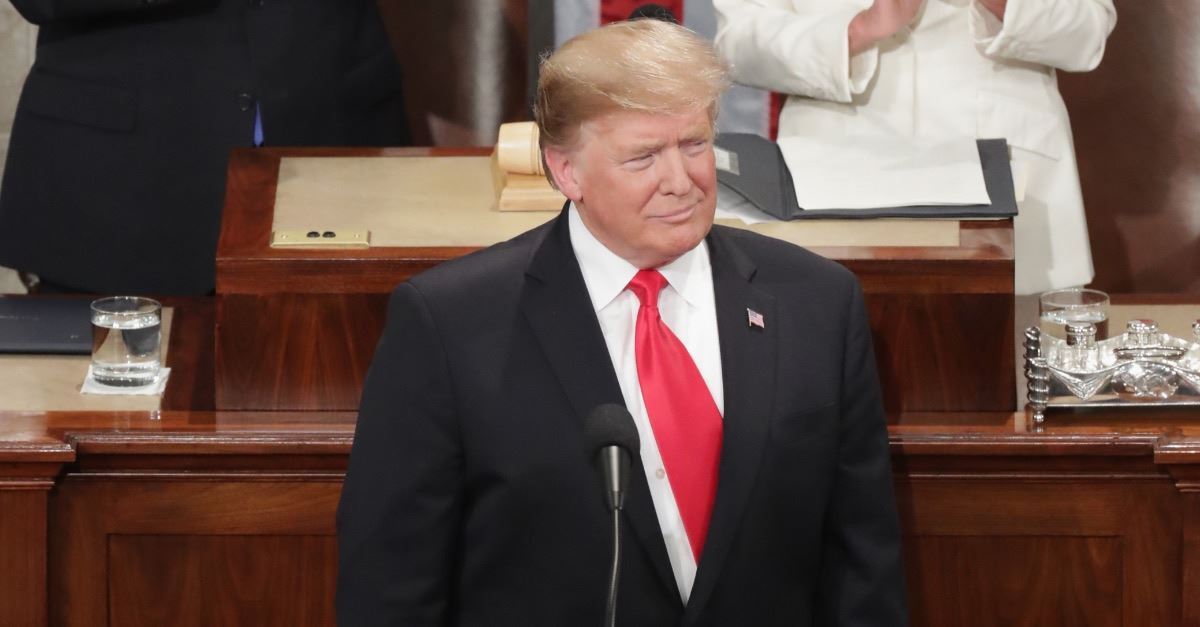 President Trump unveiled his “Better for America” budget for the year 2020 on Monday. The record-high $4.75 budget increases spending on the military and border security while cutting many domestic programs.

Though the President promised to pay off the national debt in eight years during his 2016 campaign, the President’s budget does not project a balanced budget for 15 years. It also envisions budget deficits topping $1 trillion from 2020 through 2022.

In a move which Senator Chuck Schumer of New York characterized as “a gut punch to the American middle class,” Trump’s budget would cut spending by five percent at every non-military government department. He proposed cutting $818 billion from projected Medicare spending over the next decade along with $1.5 trillion in cuts from projected spending on Medicaid.

The budget also includes a proposal for work requirements for adult food stamp recipients of food stamps, Medicaid, and federal housing support who are “working-age.” The new budget projects saving $327 billion in spending over the next decade as many who currently receive assistance would be disqualified under the new guidelines.

The budget lowers proposed spending on Social Security by $26 billion and slashes funding for the Environmental Protection Agency by thirty-one percent. The Energy Department, Interior Department, and Education Department would also be facing large cuts under the President’s proposed budget.

Many onlookers believe the budget outlines the President’s priorities for the 2020 campaign. It will also shine a spotlight on many areas of disagreement between the President and his potential Democratic challengers.

The chairman of the House Budget Committee, John Yarmouth (D-KY,) told The New York Times that “a lot of promises have been violated in this budget.” He seemed doubtful about its chances in the House, saying “This is a budget that we will not take seriously when we are working on our budget and spending priorities for 2020.”