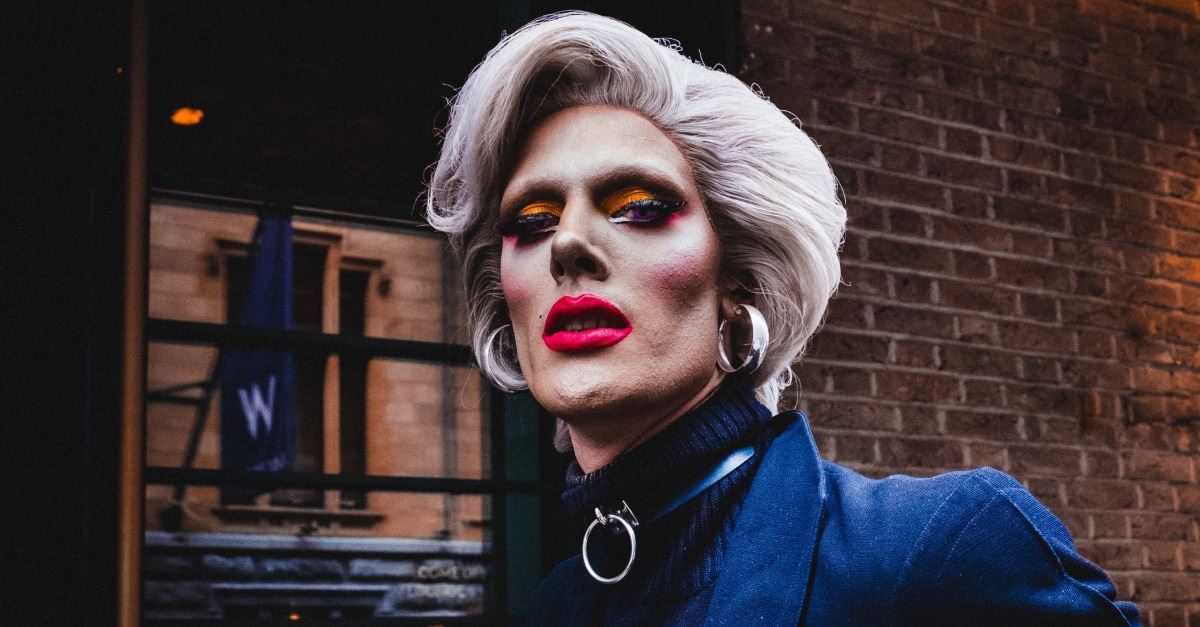 Two 8thgrade teachers at a charter school in North Carolina believed that they had an LGBT bullying problem, so they invited two drag queens to the school to help the students learn how to celebrate LGBT lifestyles.

Teachers Taylor Schmidt and Schara Brooks organized the event at Central Park School for Children in Durham, North Carolina. They told CNN that they saw their LGBT students on the receiving end of “incidents of targeting, harassment, and bullying” and wanted to do something about it.

Their solution was to host a drag queen event as part of the school’s Pride and Liberation event. Drag Queens Vivica C. Coxx and Stormie Daie sang for the students, showed off multiple outfits, and talked about their experiences as LGBT students.

Coxx, the onstage persona of Justin Clapp, the organizer of Durham Pride, performed “Big, Blonde, and Beautiful” from “Hairspray.” Then Coxx told the students, “You should be proud of Central Park School for Children. You have a famous person standing in front of you who wishes I had this experience when I was your age.” Coxx and Daie also performed songs by Beyonce and Nikki Minaj during the program.

The duo also took part in a panel with Durham City Council member Vernetta Alston and LGBTQ Center of Durham’s executive director Helena Cragg. During the discussion, Alston told the students that, “Everyone, no matter their age, deserves respect for being exactly who they are.”

The Greensboro News and Record reported that students responded positively to the event, saying that learned how to help their LGBT peers. A fifth-grader said, “I really, really, loved the Pride and Liberation celebration. I think it really showed and maybe helped others who are LGBTQ+ really see that they are not alone and that they can really express who they are.” A seventh grader agreed, saying “Durham is one of the most welcoming communities, but we still do always have more room to be more welcoming.”

Schmidt, who came up with the idea for the event, explained why he wanted to host it. He said, “If we’re going to be a school that’s focused on equality and justice, and if we’re going to be a school that believes in the act of liberation, we need to be more creative in our approach.” He added, “If schools are nervous about doing the work of Pride and Liberation, we get it, but what to us seems daring, to our LGBTQ+ students could be lifesaving. Public school educators ultimately teach for liberation–that’s the job.”