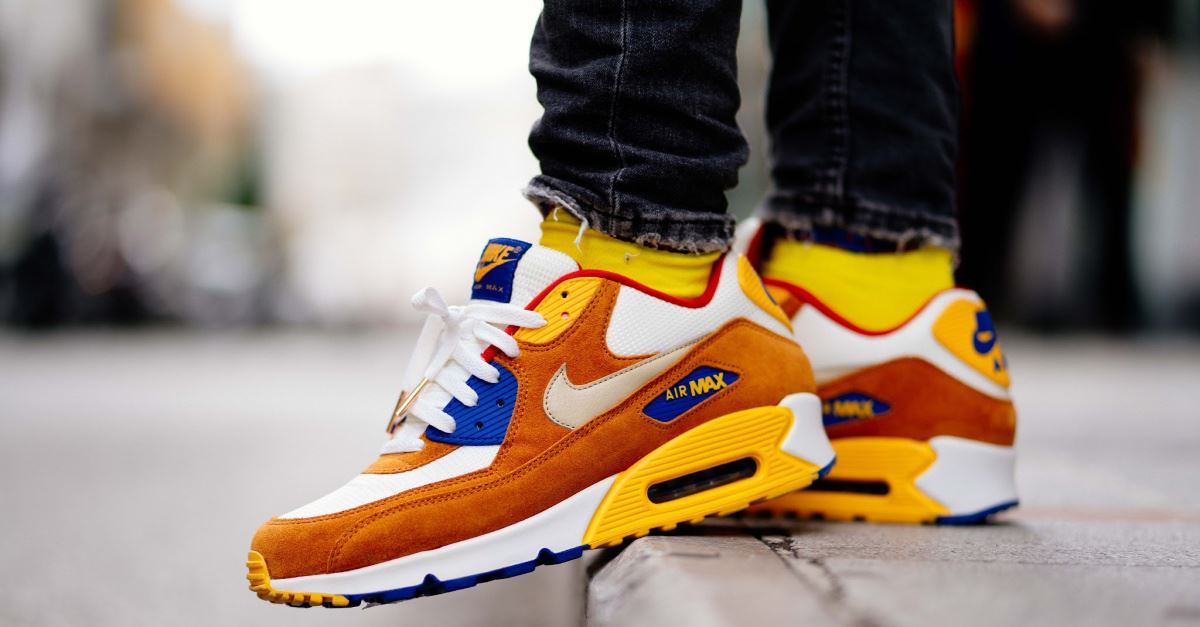 Should pastors wear expensive clothing? A new Instagram account has brought national attention to the question, ruffling the feathers of high-profile pastors along the way.

A man who identifies himself as Tyler started the account, PreachersNSneakers two weeks ago. In each post, he pairs a picture of a pastor posted on social media with a screenshot of the price of the shoes he is wearing. Some of the price tags have topped out over $1,000, igniting a debate about pastors’ pay and whether a pastor should dress in clothes members could never afford.

The account created a stir, amassing over 80,000 followers in the first two weeks and has been featured in stories on Buzzfeed and Fashionista.

Tyler told Fashionista about the origin of the account. He explained that he is an evangelical Christian whose wife works for a church and that he has also been “really into buying and reselling sneakers.” He said he was looking for a song by Elevation Worship one Sunday and a noticed the lead singer was wearing a pair of Yeezy 750s, which go for around $800 on resell sites.

This led him to look at photos of Elevation’s pastor, Steven Furtick. He found a picture of Furtick wearing a rare pair of Jordans that resell for $900. Then he looked up other influential pastors and noticing that they were wearing high-end clothing and “the highest resell kicks in the game.” He made videos about the issue for his personal Instagram and received positive feedback from friends, so he created the account.

Some pastors featured on the account have tried to defend themselves. Tyler posted a picture of Chad Veach, pastor of Zoe Church in Los Angeles wearing $795 pants and a nearly $2,000 Gucci backpack. 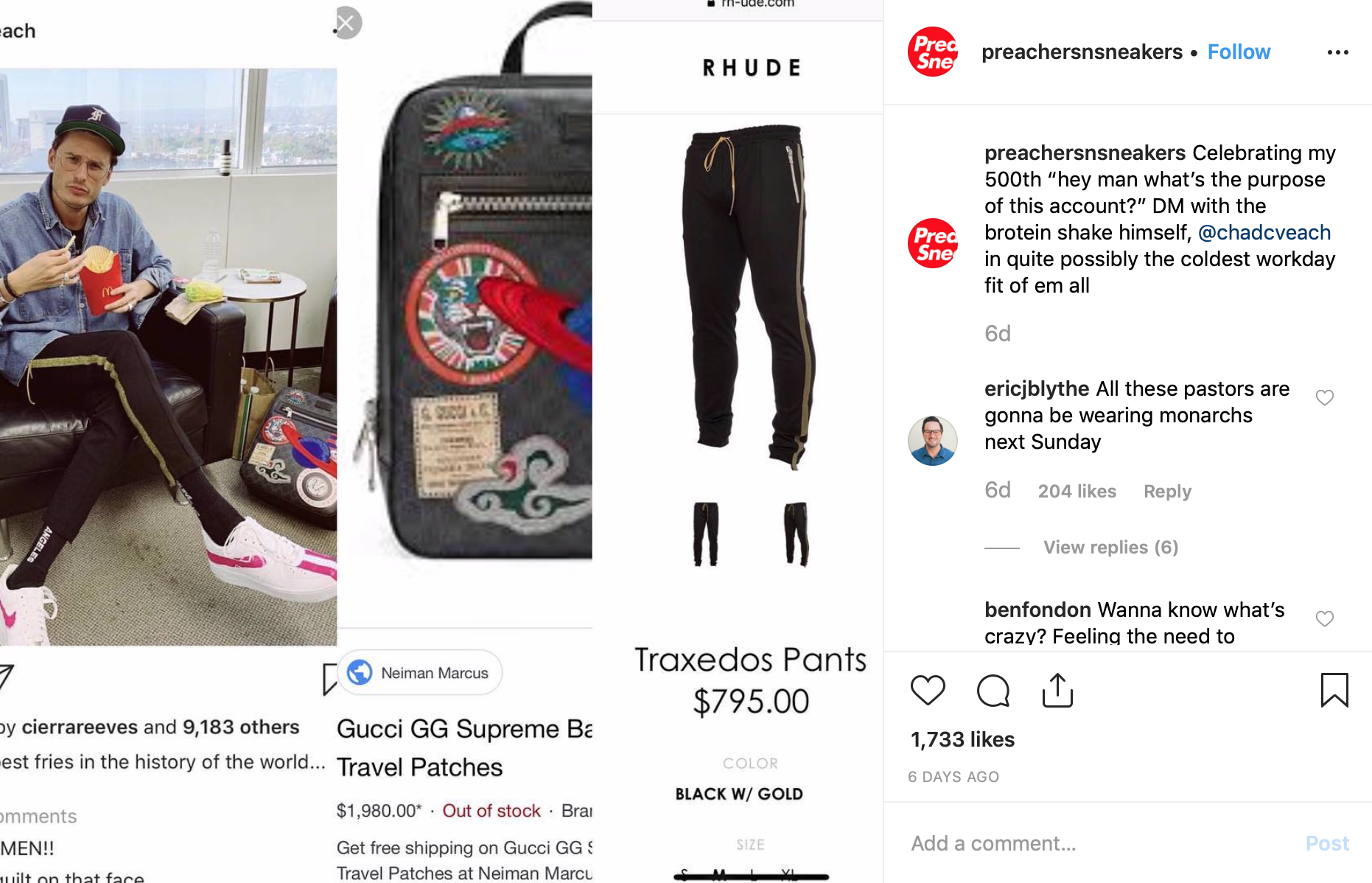 Veach responded, “Wanna know what’s crazy? I legit did not pay for one thing i am wearing. [sic] Nor the back pack. Is that wild to you? That’s wild to me…shoes hat pants shirt bracelets…none of it. Thanks for the shout out tho. You’re a blessing.” (Veach has since deleted the comment.”

Christian writer Tim Challies addressed the issue with pastors wearing expensive clothing in a recent post about the account. He said, “We can’t forget or deny that by accepting the call to ministry, pastors accept a greater level of scrutiny—a scrutiny meant to consider what they are displaying to the church and the world around them. But while they are called to display something, it’s not labels or brands or prosperity or other markings of worldly success.” He continued, “Pastors are called to display godly character and are qualified only as long as they maintain it. The primary concern of pastors should not be the image they project but the character they display. In this way pastors need to ensure that what they wear doesn’t in any way conflict with the far more important display of Christ-like character. They need to know that their clothes will either complement or contradict the message of Christ. They need to be willing to deny themselves anything that might cause people to have trouble seeing past them to see Christ.”

Tyler said he hopes the account furthers the conversation about pastors and their clothing because he believes the clothes can betray the message. He said, “I do think that you’re held to a different standard if you are leading a church that people are contributing money to and investing some amount of their trust in you to lead them spiritually. That’s a pretty heavy calling. I think you at least need to be aware of the optics of the things that you’re wearing.”

As of this writing, the account has grown to almost 85,000 followers.