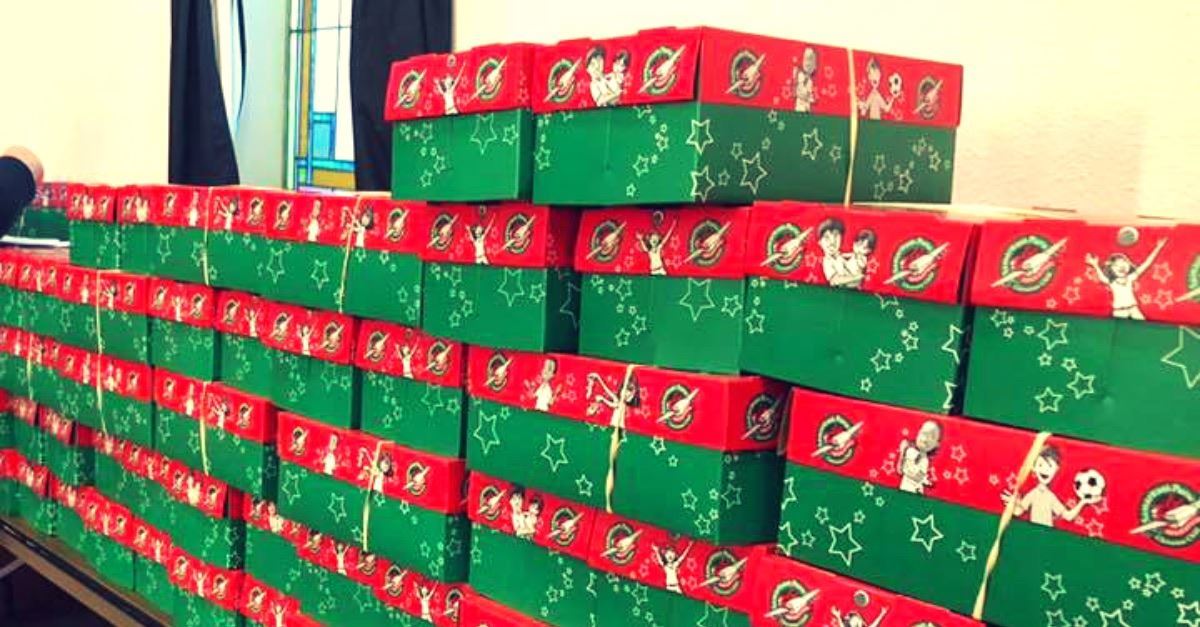 A group of humanists in the United Kingdom is asking people and organizations to stop supporting Operation Christmas Child and give to other non-profits instead.

Operation Christmas Child is a ministry of Samaritan’s Purse, founded by well-known evangelist Franklin Graham. Families, individuals, businesses, and churches all over the world purchase gifts for children in impoverished countries so they can enjoy their Christmas as well. With permission from local leaders, they also distribute a “colorful booklet” called “The Greatest Gift,” which tells the story of Jesus’ birth, life, death, and resurrection.

Writing in The Guardian, Polly Toynbee expressed her displeasure with the popular ministry. Toynbee, who serves as a Vice President for Humanists UK, said the shoeboxes “are used for anti-Muslim proselytizing.” She said that because of Graham’s leadership, people who pack a shoebox may be “backing a pro-Trump, anti-gay message.”

She quotes Humanists UK’s spokesman Richy Thompson, who says that, “Those who donate to the scheme are well-intentioned and want to make an altruistic contribution, but donors in the UK should be aware of the nature of Operation Christmas Child’s activities and instead find a reputable and inclusive charity that has no ulterior motives and only has children’s best interests at heart.”

Humanists UK claims that they aren’t grinches who are opposed to giving in general but object to Operation Christmas Child’s message and methods, which they also believe harm local merchants in the areas receiving boxes. They suggest that people inform organizations participating in Operation Christmas Child about the evangelistic intention and point them to other avenues for giving.

Samaritan’s Purse in Canada offers answers to the objections about the evangelistic aspect of Operation Christmas Child on their website. Answering the question, “Do you use the shoeboxes to coerce children and their families into Christianity,” they answer that they make no secret of their evangelistic endeavor and labor to meet spiritual needs and physical needs.

They say that there have been examples of providing the shoeboxes to areas where they were denied “the opportunity to share the Gospel.” They further explained, “We provide aid regardless of whether it results in opportunities to share our faith. And like the Good Samaritan, we bring hope and help to hurting people regardless of their religion or race.”

The main website for Operation Christmas Child also addresses a similar question and explains that “Boys and girls do not have to do or say anything to receive their gifts.”

Operation Christmas Child began in 1993 and has distributed more than 146 million shoeboxes. Shoebox collection week for this year’s project begins on November 12th.