Franklin Graham Asks if Russian Hacking Was the Plan of God 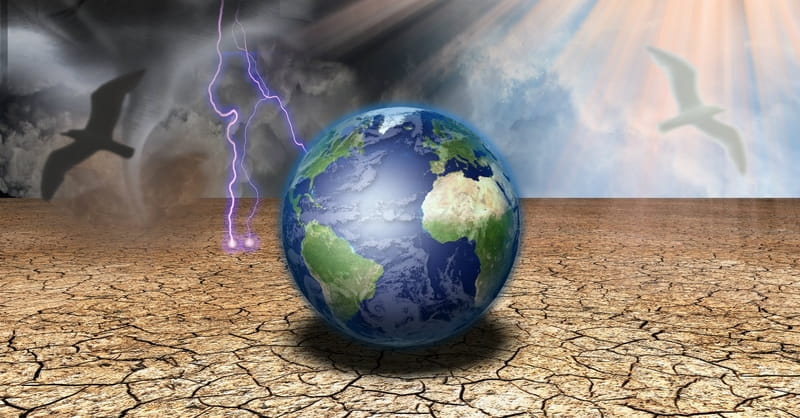 Franklin Graham Asks if Russian Hacking Was the Plan of God

For the last several weeks, stories about possible Russian interference in the recent Presidential election fly off the presses at a dizzying pace. The hack, executed in June and carried out by actors in the Russian government, targeted Democratic National Committee servers. Emails started emerging in July, leading to the resignation of Debbie Wasserman-Schultz. Websites dumped more emails in October, with some bringing embarrassment to the Clinton campaign.

On December 9th, The New York Times and The Washington Post both reported that the CIA believes the hackers intended to aid the election of Donald Trump. Government officials have been stern in their rebukes of the alleged Russian interference, with President Obama ordering a full investigation. The evidence does not convince President-elect Trump, and his transition team issued a statement saying, "These are the same people that said Saddam Hussein had weapons of mass destruction. The election ended a long time ago in one of the biggest Electoral College victories in history. It’s now time to move on and 'Make America Great Again.'”

Franklin Graham, President and CEO of the Billy Graham Evangelistic Association and Samaritan’s Purse, turned heads December 15th when he tweeted, “Do you think the Russians interfered with the outcome of the U.S. election or was it God?”

Some responded in agreement with Graham, saying they see the Lord’s hand in Trump’s election. Many others were horrified, referencing both the tragic events currently taking place in Aleppo and the aspects of Trump’s character that would make it difficult to see him as “God’s man.”

Graham gets one thing right in his tweet while downplaying another important truth. We should attribute all events ultimately to the sovereign hand of God. When Job’s wife tells him to “Curse God and die,” he replies, “Shall we accept good from God and shall we not accept evil from God?” After the death of Jacob, Joseph’s brothers think that he might take revenge on them for selling him into slavery. Instead, he says to them, “you meant evil against me, but God meant it for good.” In the New Testament, many Christians stay continually encouraged by Paul’s words, “And we know that for those who love God all things work together for good, for those who are called according to his purpose” (Romans 8:28).

These passages remind the Christian that no sphere of life is outside the providential hand of Almighty God. He works through the ordinary course of human events to bring about his ultimate goals and purposes. In this sense, we can attribute any action to the hand of God. This statement raises some tough questions because we live in a world tainted by the evil of sin, but a god who has no power over the affairs of men would give us no reason to trust him. God can frustrate the efforts of Russian hackers without lifting a finger, but in his providence he did not. We should trust that he has good reasons and purposes for allowing this.

At the same time, we should not see things operating under the providential hand of God as a reason to excuse the moral culpability of the guilty. In Acts 2, Peter addresses a large crowd after the Holy Spirit fills the Apostles and they speak in tongues. Peter proclaims to them that they are seeing Joel 2 fulfilled in front of them because of Jesus’ death and resurrection. Peter tells them that the death of Jesus happened according to “the definite plan and foreknowledge of God.” He directly attributes Jesus’ death to the providential plan and hand of God, but he doesn’t allow this to let the crowd off the hook. He continues, “you crucified (Jesus,) and put him to death by the hands of wicked men.”

Here, Peter draws our attention to twin truths the Bible affirms in equal weight. Everything that takes place in this world happens according to the plan and providence of God. Human beings are also entirely responsible before God for their actions. The biblical writers emphasize, with no hint that they might contradict each other, both the absolute sovereignty of God and the responsibility of man. In the mind of God, these are complementary truths, and we should hold them equally.

What does this have to do with Franklin Graham’s tweet about the actions of Russia and the providence of God? Graham understands the sovereignty of God and is right to attribute all things to His plan. Instead of fretting about world events, we should learn to rest in this providence. However, this does not mean that we should have a laissez-faire attitude about evil in the world. If Russian hackers attempted to affect the outcome of the United States’ Presidential Election, we should care about this and urge our government officials to undertake a full investigation and to take necessary action. We trust the sovereignty of God, and we hold people responsible for the wrongs they have done.

As believers, we need to be careful and thoughtful about how we invoke the sovereignty of God in discussions. We tend to attribute events to the plan of God when they turn out the way we want them to. Franklin Graham is no fan of the worldview, policies, and possible Supreme Court appointments that would come from a Hillary Clinton presidency. Therefore, it’s easier to attribute events to the plan of God because they turned out favorably. It would be worth asking Rev. Graham if he would have the same reaction if a possible Russian hack seemed to tilt the election in Secretary Clinton’s direction.

We must admit that we are all susceptible to this temptation and must learn to trust in the goodness and providence of God both when circumstances go our way and when they go against us.