Doug Jones to Take Oath of Office on Family Bible 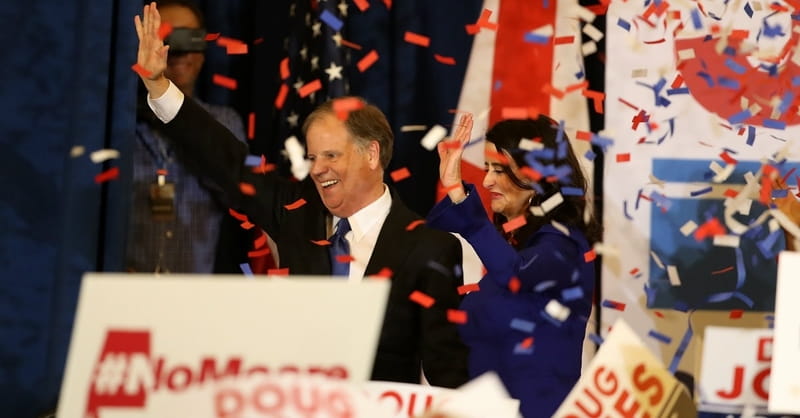 Doug Jones to Take Oath of Office on Family Bible

Vice President Mike Pence will swear in newly-elected Alabama Senator Doug Jones in Washington Wednesday. A spokesperson for Jones told al.com that Jones will take the oath with his hand on a family Bible. Family and friends will be the only witnesses to the event, as Senate rules do not allow photography during the swearing in.

Jones takes office after becoming the first Democrat elected to the Senate from Alabama in 25 years. He defeated Judge Roy Moore in a contentious campaign to fill the seat vacated by Attorney General Jeff Sessions. Jones defeated Moore by 21,924 votes.

Judge Moore never conceded the race and filed a lawsuit to prevent the certification of Jones’ election. The suit contained allegations of widespread voter fraud. The Montgomery Circuit Court ruled that it did not have jurisdiction and threw out the case, ending Moore’s options for challenging the results.

When Jones takes office, he will reduce the already slim Republican majority. Republicans hold 51 seats to the Democrats’ 48, though Independent Senator Bernie Sanders caucuses with the Democrats.

Jones will have the opportunity to weigh in on some contentious issues, as the Senate must take up the issue of funding the government before January 19th and decide the fate of “dreamers,” the children of undocumented immigrants. Many evangelicals voiced their concerns about Jones’ position on abortion, but the Senate does not appear to have any debate about it on the horizon.