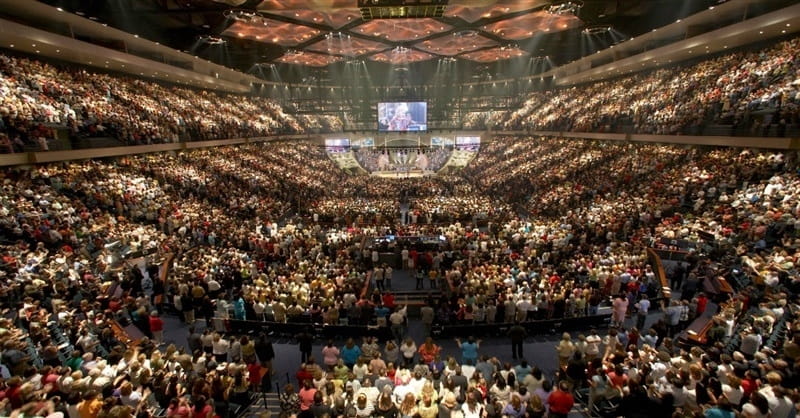 The nation’s second largest church, Birmingham-based Church of the Highlands, recently announced plans to plant a campus in Birmingham’s inner city to help fight crime. One pastor in the neighborhood opposes the planned campus and changed his church’s signs to reflect his feelings on the issue, creating a stir in the neighborhood.

One side of New Era Baptist Church’s sign reads “Black folks need to stay out of white churches” and the other says “White folks refused to be our neighbor.”

WTVM-13 in Birmingham interviewed the church’s pastor, Reverend Michael R. Jordan, and he refused to back down from the message on the sign. “Whites left the inner city. They carried their churches with them and they moved to the suburbs. White folk have proved they don’t want to live next door to us or be our neighbors, or worship with us.” He continued, “Now they want to plant a white church in a black neighborhood under the umbrella of supposedly to fight crime. The real reason Church of the Highlands wants to put a white church in a black neighborhood is they have too many black folks at their main campus and they want them to leave and come to a church in their inner city.”

When the interviewer asked Rev. Jordan about Church of the Highlands plans to plant the campus to help fight crime, he said he was “Totally against it because their reasons are not pure. It’s hypocritical. If you don’t want to be our neighbors, if you don’t want to live next door to black African-Americans, how can you put a white church over here to help fight crime? As soon as you finish worshipping, you’re going to go back to the suburbs like you’ve done for 30 years.”

Church of the Highlands announced their plans to plant the campus on April 29th after Pastor Chris Hodges met with Birmingham’s new mayor Randall Woodfin. In his announcement, Hodges told the church, "We're going to launch a campus right in the heart of the highest crime in our entire city. We're going to do a live service with live speaking and different music and it’s going to be different in a lot of ways to meet the needs of that community. We're going to reach the drug dealers and we're going to get the crime to stop.”

This is not the first time Jordan rattled cages in Birmingham with signs at New Era. In January, one side of the sign read, “Trump deceived poor white folks and the other said, “Undercover racist elected Donald Trump” (sic.)

Near the end of the interview, Rev. Jordan made an appeal to “every African American who attends a white church.” He said, “Leave now. Come to your mainstream black church. Your focus is different. Our cultures are different. The white institutional church is under watch, because they elected a promiscuous, racist President that’s building walls.”