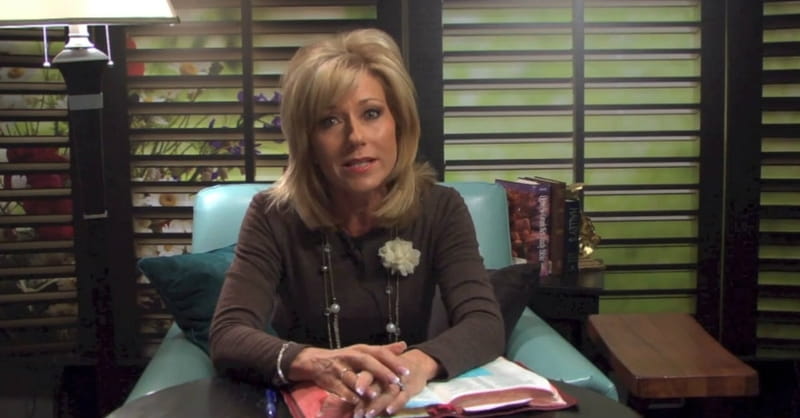 Beth Moore issued a warning to a gathering of 18 to 25-year-olds about what she believes will be a temptation their generation will face.

Speaking to the 55,000 students and young adults gathered at the Passion Conference in Atlanta, Moore said, “You will watch a generation of Christians – OF CHRISTIANS – set the Bible aside in an attempt to become more like Jesus. And stunningly it will sound completely plausible. This will be perhaps the cleverest of the devil’s schemes in your generation. Sacrificing TRUTH for LOVE’s sake. And you will rise or fall based upon whether you will sacrifice one for the other. Will you have the courage to live in the tension of both TRUTH & LOVE?”

Powerfully, prophetically, prayerfully what @BethMooreLPM said to this generation: #Passion2017. Carve this like an anthem into our hearts: pic.twitter.com/W0dNFKz0P7

An image of the quote, which was shared on Instagram by Shelley Giglio, began circulating on Twitter Saturday. Several Christian authors seemed to take issue with Moore’s words, believing they would be used to question gay-affirming Christians’ commitment to truth.

Dear fellow Believer: Stop accusing other Christians of abandoning truth just because you disagree on a single topic. It's so condescending.

While Hatmaker did not mention Moore in the original tweet, he was quickly asked if he was referencing Moore’s comments or LBGTQ issues generally. He later clarified that he didn’t think Moore was grinding an axe about one issue, and generally agreed with her warning.

Rachel Held Evans weighed in on the discussion Monday morning, tweeting at Moore that “abolitionists were criticizes (sic) for ignoring Scripture.” She further explained that she wanted Christians to be committed to the truth and leave space to come to different conclusions on specific issues.

Moore engaged some of those responding to her, further reiterating that she wants Christians to be completely committed to both truth and love because neither is expendable.