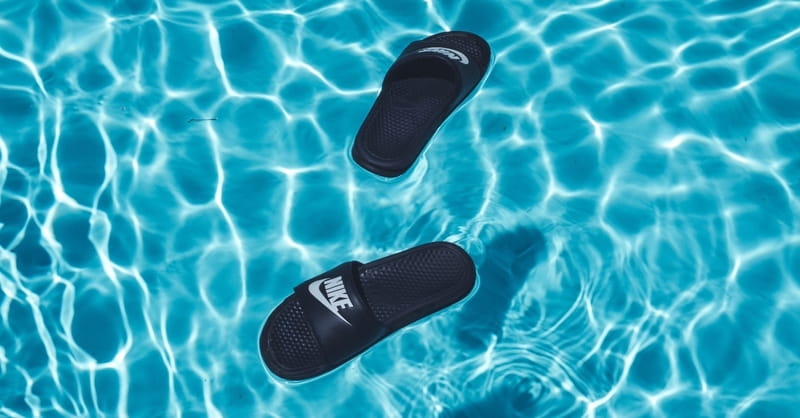 Pastor Mack Morris pulled out a pair of scissors during his sermon Sunday and cut up a pair of Nike wristbands and a Nike headband before tossing them to the side and proclaiming, “I ain’t using that no more.”

Morris’s comments came during a sermon titled “The Storms of Life.” During his introduction, he began talking about how Christians in America are expected to be silent in their opposition to sin. He also pushed back against the recent emphasis on building relationships with people and using the relationship as a platform to talk about the Gospel.

Morris summarized his point saying, “Why is it that everyone else in the world can say what they want about what’s right and what’s wrong, we preachers and we Christians, we’re supposed to go in our churches, lock the doors, keep it here, be gentle, and be tolerant, and love us, and let us do what we want to do.” Then he added, “I don’t know about you, but I’m a little tired of that,” to which the congregation responded with amens.

Morris opened his discussion about Nike by saying that, “Some of our values are being strained.” He told the congregation that he had been wearing Nike jogging shoes since 1980, before declaring, “I’ve bought my last pair of Nike shoes.” The congregation applauded.

Then he pulled out a Nike wristband and a Nike headband to show the congregation, cut each one in half, held them up, and threw them to the side as the congregation applauded again.

To help the congregation understand his action. He told them about Nike’s campaign featuring Colin Kaepernick. Kaepernick was the first NFL player to protest police brutality and racial injustice during the national anthem. He began by sitting during the anthem, but then at the encouragement of a military veteran, started kneeling instead.

President Trump fanned the flames of the controversy last year during a campaign speech for then Alabama Senator Luther Strange. Using an expletive to describe players who kneel, he told the crowd in Huntsville that NFL owners should fire them.

Kaepernick starred in an ad campaign that debuted during the first NFL game of the season last week.

Morris, speaking of Kaepernick, said, "He’s inked a contract with Nike. No one knows or is telling how many multi-million dollars that is going to be simply because he won't stand when the national anthem is sung."

Then he explained, pointing at the American flag adorning the right side of the stage, "America may not be the best country in the world and we have a lot of faults, but I tell you what, a lot of folks died for the sake of what the flag represents." The congregation responded with a standing ovation.

Morris told al.com, "I know there are a lot of people, in general, who are very upset. I know there are a number of high schools and colleges who are dropping Nike. Some folks are tied into long-term contracts, so I don't think we've seen the end of this. It's a groundswell. I think Nike, personally, made a calculated decision."

College of the Ozarks in Arkansas said their athletic teams will no longer use apparel with the Nike logo. Liberty University President Jerry Falwell, Jr. said they are reconsidering their contract with Nike, which currently runs through 2024.

While the campaign featuring Kaepernick angered many conservatives, some market analysts called it “a stroke of genius.” Nike shares dropped the day after they announced the campaign but have recovered over the last week.