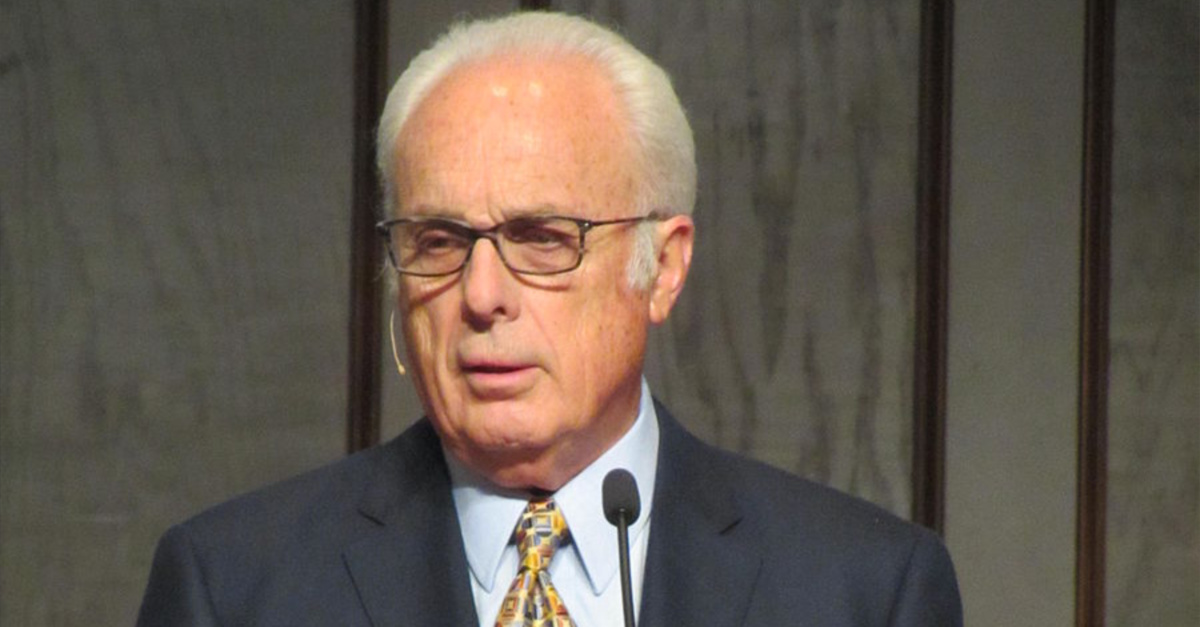 Pastor John MacArthur of Grace Community Church in Sun Valley, California has long been warning Christians not to allow the line between social justice and the church to blur.

According to Faithwire, the eighty-year-old pastor cautioned that the “social justice” movement can be divisive.

In 2018, MacArthur wrote an introductory post to a blog series entitled “Social Injustice and the Gospel,” noting how evangelicals endorsing the social justice movement “seem to have a very different perspective” of the Gospel.

“Their rhetoric certainly points a different direction, demanding repentance and reparations from one ethnic group for the sins of its ancestors against another.” MacArthur wrote. “It’s the language of law, not gospel—and worse, it mirrors the jargon of worldly politics, not the message of Christ.

He added, “It is a startling irony that believers from different ethnic groups, now one in Christ, have chosen to divide over ethnicity. They have a true spiritual unity in Christ, which they seem to disdain in favor of fleshly factions.”

“I’m convinced it’s a shift that is moving many people (including some key evangelical leaders) off message, and onto a trajectory that many other movements and denominations have taken before, always with spiritually disastrous results.”

While MacArthur detests “racism and all the cruelty and strife it breeds,” he asserted that “the only long-term solution to every brand of ethnic animus is the gospel of Jesus Christ.”

“In Christ alone are the barriers and dividing walls between people groups broken down, the enmity abolished, and differing cultures and ethnic groups bound together in one new people (Ephesians 2:14–15)”, he said. “The black leaders with whom I ministered during the civil rights movement shared that conviction.”

On Sunday, MacArthur spoke specifically to current events in a sermon titled, “Who’s to Blame for the Riots?” In his sermon, he spoke out against the controversial calls to defund the police and wide distrust for authority.

“We are obviously living in very bizarre times that have produced massive fear and confusion,” MacArthur said.

“On top of that, our society is drowning in a sea of lies, lies about virtually everything, and lies on top of fear and confusion create an almost fatal insecurity and a devastating chaos. We have little confidence in believing what politicians say or what health officials say or what social activists say or what university professors say or what media says or, frankly, what religious leaders say. We have been lied to so constantly.”

MacArthur continued, speaking to current events and unrest, “What is wrong? What is wrong is exactly what is stated in Isaiah 5:20, ‘Woe’ – that’s a divine curse – ‘on those who call evil good, and good evil; who substitute darkness for light and light for darkness; who substitute bitter for sweet and sweet for bitter!’”

MacArthur then warned that the call to defund law enforcement is ultimately a call to remove the God-given restraint of authority.

“Resistance to authority is rebellion against God, not only government.” MacArthur said, adding that God’s work is done when resistance against authority is rightly punished.

“Defund the police, destroy the respect for authority,” MacArthur cautioned. “The defunding follows the destruction of respect.”

MacArthur also drew a comparison between Planned Parenthood and the holocaust claiming that “there are a thousand little Black lived being aborted every day.”

He said, “We would be appalled with [the Holocaust] today. And yet I hear people saying Black lives matter; and they do. God knows they do; they matter just as much as any other life. But if they matter so much, how is it that Planned Parenthood can support Black Lives Matter when there are a thousand little Black lives being aborted every day,” he asserted.

John MacArthur has been serving as the senior pastor of Grace Community Church since 1969. He also served as the former president of The Master’s College and the Master’s Seminary before transitioning to his current role of chancellor emeritus.