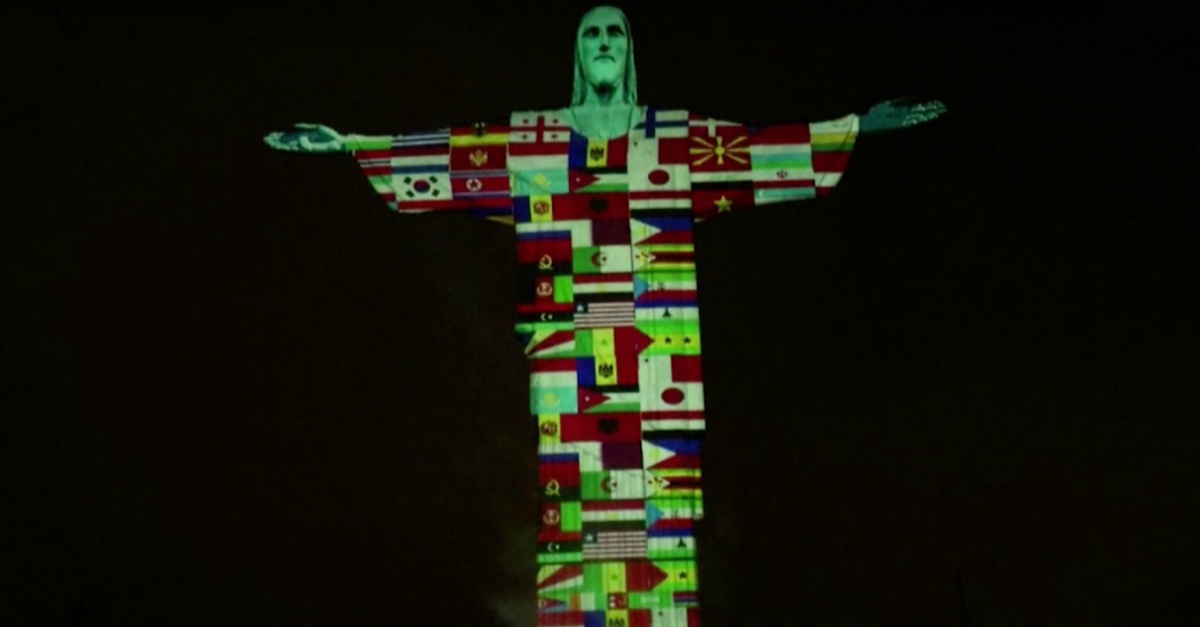 Brazil’s Christ the Redeemer statue was turned into a light show on Wednesday night when flags of the nations affected by COVID-19 were projected upon it. Additionally, the hashtag “pray together” was projected in multiple languages on the statue.

The event was planned out by Rio’s Catholic Archdiocese and during the light show, Archbishop Orani João Tempesta conducted a Mass to pray for all of the people affected by the coronavirus worldwide, CNN reports.

According to the New York Daily News, the event was able to go on despite Brazil’s Chico Mendes Institute closing its national parks – which includes Tijuca Forest National Park where the Christ the Redeemer statue is located – for at least a week amid COVID-19 fears by the end of day on Tuesday.

The idea for the Christ the Redeemer statue came to fruition in the 1850s when Vincentian priest Pedro Maria Boss wanted to create a “Christian monument” to honor Princess Isabel, who was the regent of Brazil and the daughter of Emperor Pedro II, Encyclopaedia Britannica reports.

Under the initial proposition, there was never an official approval for construction. Then, in 1921, a new plan was proposed by Rio de Janeiro’s Roman Catholic Archdiocese. The proposition suggested that “a statue of Christ be built on the 2,310-foot summit, which, because of its commanding height, would make it visible from anywhere in Rio.”

Additionally, the proposition had citizen support, as they “petitioned Pres. Epitácio Pessoa to allow the construction of the statue on Mount Corcovado.” The statue was dedicated on October 12, 1931, at its completion.

According to The Blaze, as of this writing, Brazil has at least 529 confirmed cases of COVID-19, with at least 4 deaths.