Trump Reverses Decision to Hold G7 Summit at His Resort 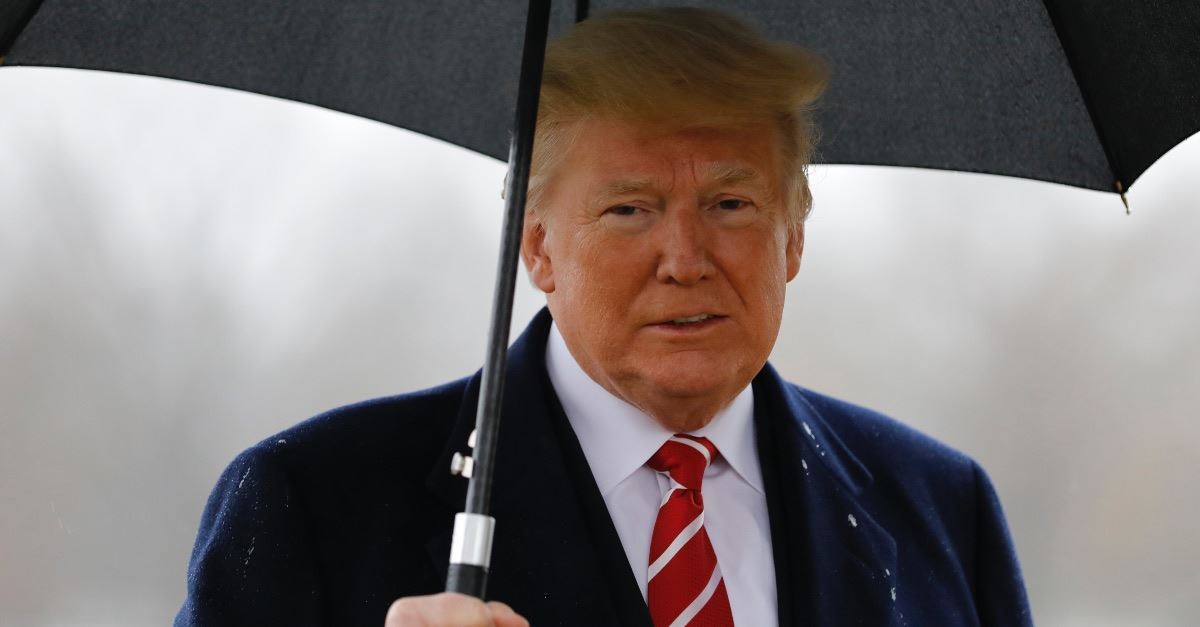 Trump Reverses Decision to Hold G7 Summit at His Resort

In the wake of bipartisan outcry, President Donald Trump has decided not to host the G7 summit at Trump National in Doral, Florida.

Only forty-eight hours after the announcement of the location, the president tweeted the reversal, according to CNN:

“We will no longer consider Trump National Doral, Miami, as the Host Site for the G-7 in 2020. We will begin the search for another site, including the possibility of Camp David, immediately.”

Across the political spectrum, lawmakers and advocates voiced their concern that the President would benefit financially from the summit.

“President Trump’s decision to award the G-7 Conference to his own property was outrageous, corrupt, and a constitutional violation. It was stunningly corrupt even for a stunningly corrupt administration,” Noah Bookbinder, executive director for Citizens for Responsibility and Ethics in Washington, said. “His reversal of that decision is a bow to reality, but that does not change how astonishing it was that a president ever thought this was appropriate, or that it was something he could get away with.”

Many critics have cited the Constitution’s emoluments clause, which forbids a president from profiting or accepting gifts from foreign governments. The administration promised that it would set measures in place to not allow Trump to receive any profit and charge only “at cost.” But, officials have been vague on the specifics of “at cost” and how Trump would avoid financial gain.

An opinion piece in the New Yorker pointed out the financial trouble the Doral has felt in the past several years, insinuating that Trump’s decision to host the summit at the troubled location is a clear attempt on gaining profit.

“It’s just so obviously a right-and-wrong issue,” Walter Shaub, former head of the U.S. Office of Government Ethics, said to the New Yorker. “It’s the kind of thing that we see happening in completely broken nations. There is no definition of corruption that anyone could think of that would lead them to say this isn’t corruption.”

But, Trump and his administration staunchly defended the decision before its reversal.

“I thought I was doing something very good for our country by using Trump National Doral, in Miami, for hosting the G-7 Leaders. It is big, grand, on hundreds of acres, next to Miami International Airport, has tremendous ballrooms & meeting rooms…I announced that I would be willing to do it at NO PROFIT or, if legally permissible, at ZERO COST to the USA …” Trump tweeted.

Mick Mulvaney, current White House chief of staff, also defended the decision, according to NBC: “At the end of the day he still considers himself to be in the hospitality business and he saw an opportunity to take the biggest leaders from around the world and he wanted to put on the absolute best show, the best visit that he possibly could, and he was very comfortable doing that at Doral.”