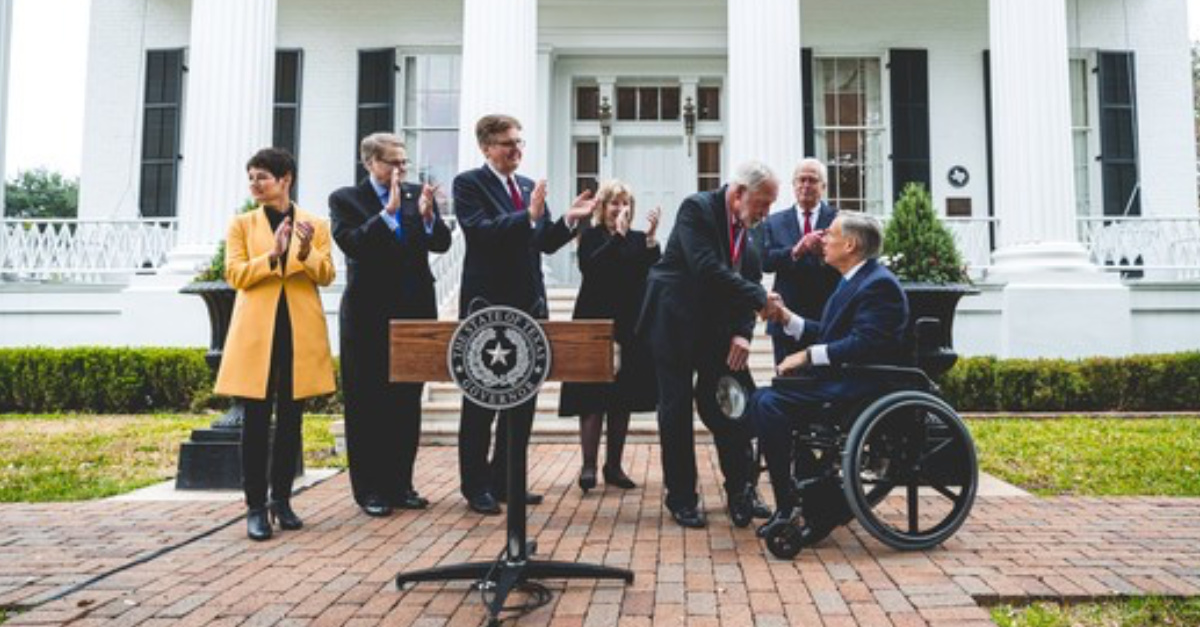 “Only God knows who is alive today because of Jack Wilson,” said Texas Governor Greg Abbott, according to Faithwire.

“What we do know is that so many lives were saved because of Jack Wilson’s quick action, his calmness under pressure and above all else, his courage and his willingness to risk his own life to save the lives of others.”

Abbott awarded Wilson with the Governor’s Medal of Courage, which is given to people who show heroism when their life is in danger to save other’s lives. This is the first time the award has been given.

As Christian Headlines previously reported, in December, Wilson noticed a suspicious man walking into West Freeway Church of Christ in White Settlement, Texas. As part of the church’s security team, Wilson followed him and jumped into action as soon as the man began to shoot. Unfortunately, the gunman hit and killed two people, but Wilson quickly stopped a potential rampage with a single round at the gunman.

“The courage in his actions cannot be understated, and Jack is not only a hero to West Freeway Church of Christ—he is a hero to the entire state of Texas,” Abbot said.

Wilson’s training as a firearms instructor, former reserve sheriff’s deputy, and on the church security team kicked in as soon as he saw the man’s gun. With his team, he had regularly trained for an active shooter situation. Video footage shows that several other church members had pulled their weapons, many of whom were on the church security team.

Though he’s praised as a hero, Wilson feels more like a “protector.”

“When events arise, you’re going to do one of two things,” he said to USA Today. “You’re either going to step up and do what’s right or walk away, and I’m not one to walk away.”

Legislature in 2017 allows church members and volunteers permission to carry guns into houses of worship after a shooting in 2017 at First Baptist Church.