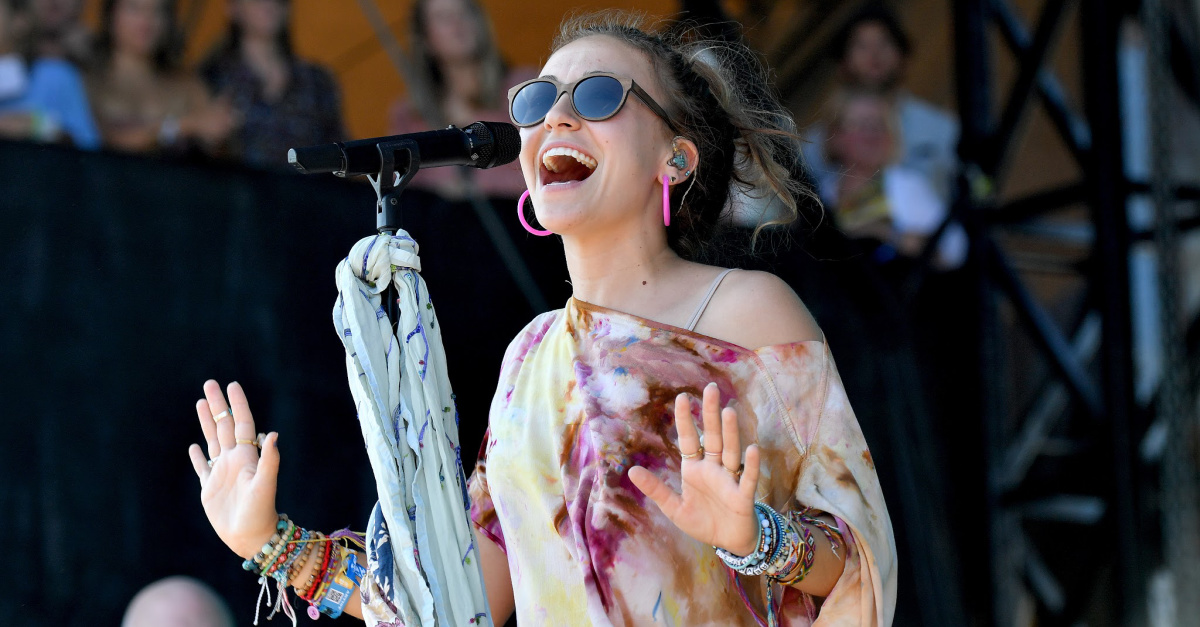 Christian music star Lauren Daigle visited and performed at the Angola State Penitentiary in Louisiana last week and gave thousands of dollars, as well as a message of hope, to inmates.

“In the middle of the pain, in the middle of your problems, in the middle of you being the worst of who you are, He comes and He sits next to you in the process,” she said to the inmates. According to Faithwire, many of the inmates at Angola – the largest maximum-security facility in the US – are serving life sentences. “He doesn’t point the finger, He doesn’t give you shame, He sits with you. I think that’s why He’s called the Savior of the world,” Daigle said during her performance.

On Giving Tuesday this year, Daigle hosted a fundraiser to raise money for the inmates. She encouraged fans to give cash donations for the prison to use toward purchasing clothing and phone calls. The Grammy Award-winning artist and her fans ultimately raised $17,000.

“These are luxuries to inmates and not every person can afford to call home for the holidays, connect with their families and hear the voice of a loved one,” Daigle said. “There is also a need for loungewear for the women. Help comfort them this season and let them know there are people who care and have not forgotten them.”

She also encouraged the inmates, telling them that she hopes that “their paths one day cross, if not here, then on the other side – in Heaven.”

This is not the first time Daigle has visited a prison. Earlier this year, the singer visited the Ohio Reformatory for Women and performed her hits “You Say” and “Look Up Child.”

In 2018, Daigle also performed at the Statesville Correctional Prison in Crest Hill, Illinois.