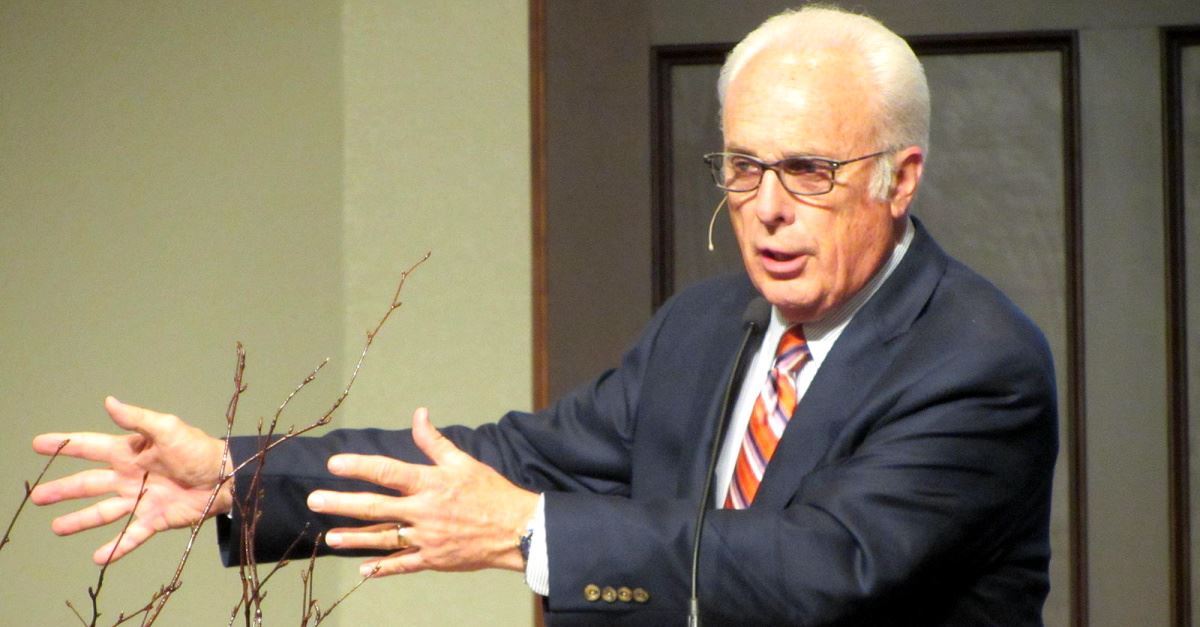 Over the weekend, John MacArthur continued his commentary on women preachers in the aftermath of publicly criticizing author and speaker Beth Moore.

“I do not like to give short answers. I don’t like to get put in a position to do that, because I feel like that just escalates confusion, so I want to take the opportunity to address the issue of women preachers this morning and to give you a more thorough answer from the Word of God on this very, very important subject,” he said from the pulpit of Grace Community Church in California, according to the Christian Post.

The controversy surrounding him and Beth Moore occurred while he answered questions during a celebration of his 50-year preaching career. The author replied “Go home” when asked about Beth Moore. He continued: “Just because you have the skill to sell jewelry on the TV sales channel doesn’t mean you should be preaching. There are people who have certain hawking skills, natural abilities to sell, they have energy and personality and all of that. That doesn’t qualify you to preach.”

On Sunday, MacArthur continued the conversation.

“Women are to maintain submission to men in all churches in all times,” he said. “Women pastors and women preachers are the most obvious evidence of churches rebelling against the Bible…Women who pastor and women who preach in the church are a disgrace and openly reflect opposition to the clear command of the Word of God. This is flagrant disobedience.”

He used 1 Corinthians 14:34, which reads: “Women should remain silent in the churches,” as the basis for his argument.

“You don’t say anything. Women need to get themselves under control and realize they are not to speak in a church.”

He also pointed to the secular culture as a warning.

be conquered. [W]hen all the men have been slaughtered, you [women] can sit there with all your jewelry and junk. You’ve been conquered, because you overpowered your protectors. Don’t misunderstand this: This is what we are living in today. Empowering women makes weak men. Weak men make everybody vulnerable to danger.

“If you look carefully at our nation, you would have to agree that it’s childish, young, inexperienced, ignorant women who are ascending into power. When you overthrow the divine order, the results are always disastrous. And again, it’s not anti-women any more than it’s anti-children. But it’s a divine judgment on a nation that its young and its women are in power.”

MacArthur’s beliefs on women preachers are widely held amongst conservative evangelicals. However, many leaders voiced concerns over MacArthur’s tone.

“I believe Scripture teaches that husbands should tenderly lead their wives and male elders and pastors should lead the church,” said Randy Alcorn, Christian pastor and author. “But how elders and pastors treat and speak of women, privately and publicly, will model for our men how they should treat their wives.”

Author and pastor Max Lucado joined the conversation, saying, “Are we, white, male, aged leaders of the church listening? Are we heeding the message of our sisters in Christ? Listening to our astute and capable female Bible teachers? Listening to their longing to minister from a feminine perspective? Listening to their willingness to lend their intellect, energy and passion t the cause of Christ? What wealth of wisdom they bring!”