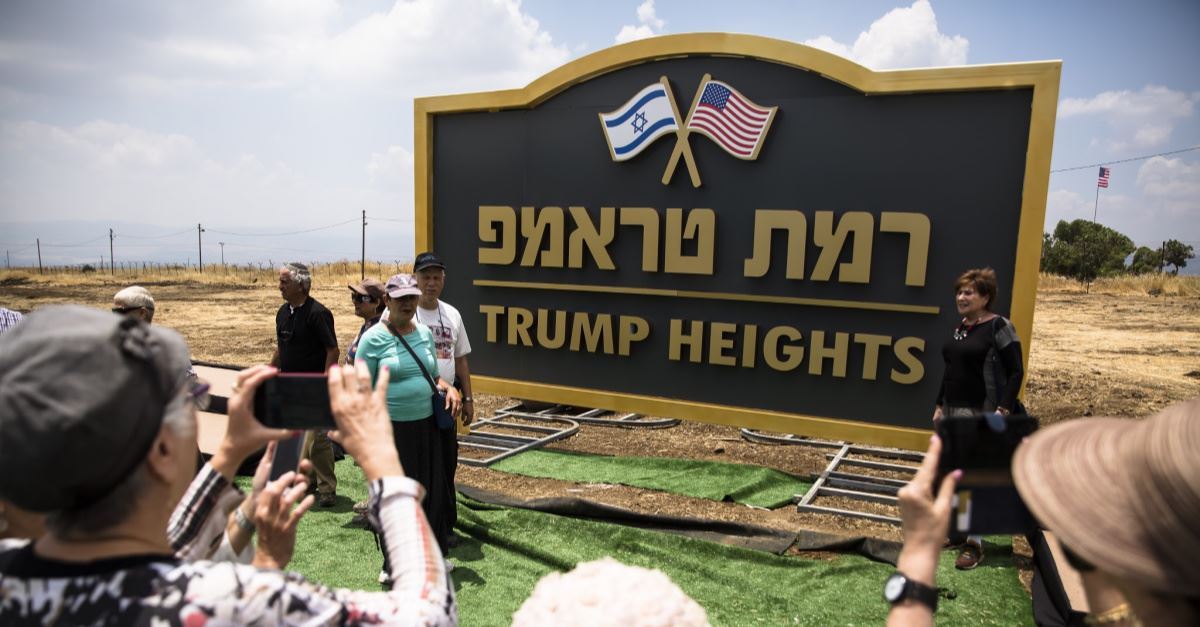 Over the weekend, Israel’s Prime Minister Benjamin Netanyahu announced a new settlement in Golan Heights named after President Donald Trump, unveiling a large sign that featured both the Israeli and American flags.

“We are proud that we have the opportunity to establish a new settlement and to give thanks to a great friend,” Netanyahu said, according to CNN, during a celebratory cabinet meeting at the new site. “We will continue to grow and develop the Golan for all of our citizens — Jews and non-Jews together.”

“This is a historic day,” Netanyahu said, calling Trump a “friend of Israel,” according to the BBC.

US Ambassador to Israel David Friedman was in the audience at the unveiling.

“I want to thank you for holding the cabinet meeting and for the extraordinary gesture that you and the State of Israel are making to the President of the United States,” Friedman said to Netanyahu. “It’s well-deserved, but it’s much appreciated.”

Critics of the new settlement, however, believe the settlement is political posturing.

“Whoever reads the fine print in this ‘historic’ decision understand that it is a phantom decision,’ Zvi Hauser, a former cabinet secretary who believes Israel should have sovereignty in the Golan, tweeted. “There is no budget, there is no planning, there is no place, and there is really no binding decision.”