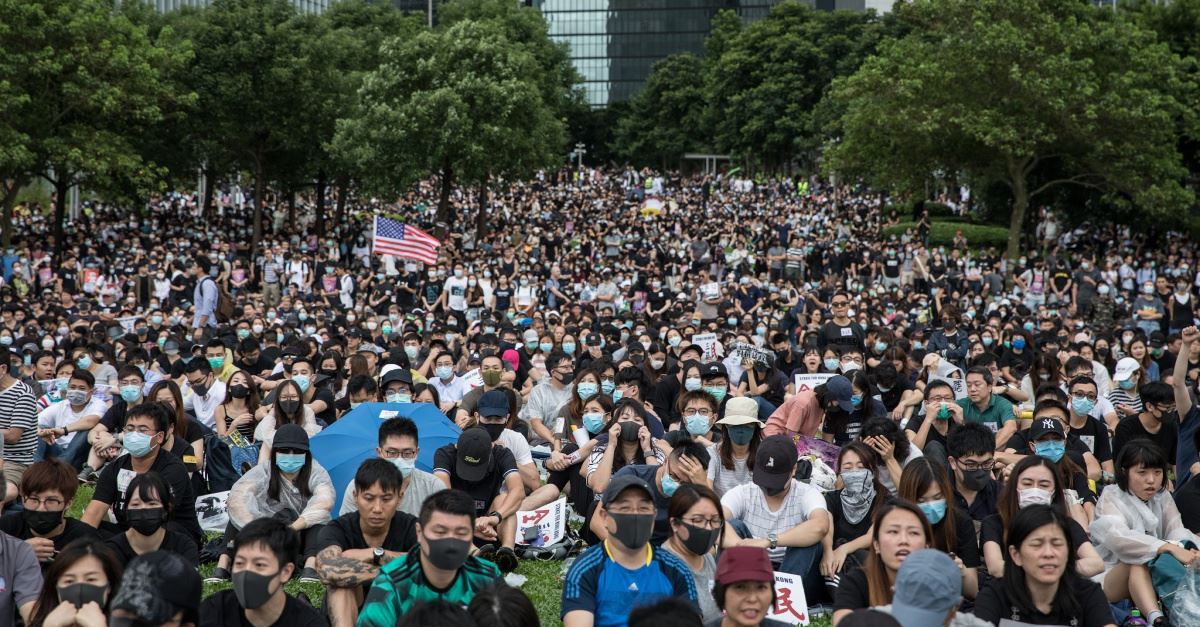 On Wednesday, the Hong Kong government formally withdrew an extradition bill that caused violent protests around the country, according to AP News.

“The government will formally withdraw the bill in order to fully allay public concerns,” Hong Kong Chief Executive Carrie Lam said. “Our foremost priority now is to end violence, to safeguard the rule of law and to restore order and safety in society.”

The bill, which officials claimed would make Hong Kong safer, would allow any country to request extradition from Hong Kong, including mainland China, according to the BBC. The controversy ensued because many believe that people would “be exposed to China’s deeply flawed justice system, and it would lead to further erosion of the city’s judicial independence.”

Though the bill has officially been withdrawn, protesters are still not satisfied.

Pro-democracy lawmaker, Claudia Mo, stated that not all of the protester’s demands have been met.

“[Lam] has been fast asleep these three months, this is just absurd,” she said. “The scars and wounds are still bleeding, and she thinks she can just use some garden hose to put out the hill fire. This is not acceptable.”

Lam, however, believes the protests are a threat to Hong Kong’s “one country, two systems” policy with mainland China, positioning Hong Kong in a “highly vulnerable and dangerous situation.”

Starting in June, the protests halted the airport; delayed schools; and, concerned the stock markets.

What started as discussions about extradition have since turned into a demand for complete democracy.

“It is too little, too late,” lawmaker Michael Tien said. “The focus now has completely shifted. Most people do not remember what the bill is about but are more concerned about the escalating violence and alleged police heavy-handedness against protesters.”

Joshua Wong, a youth activist fighting for democracy, believes the protests are only the beginning of a fight for fairness.

“I hope the people in China can understand that democracy, freedom and human rights are universal values that Hong Kong people are fighting for,” he said in Taipei, Taiwan to journalists at a forum. “We will continue to fight for it. I hope there is one day that Hong Kong and even China would become a place where people can enjoy democracy and freedom.”

Lam, whose resignation is among the protester’s demands, was elected by Hong Kong elites in support of mainland China. Police have used water cannons, tear gas, rubber bullets and batons during the protests with over 1,000 people detained. But the protesters are willing to endure the violence, claiming it’s the only way to get the government’s attention.