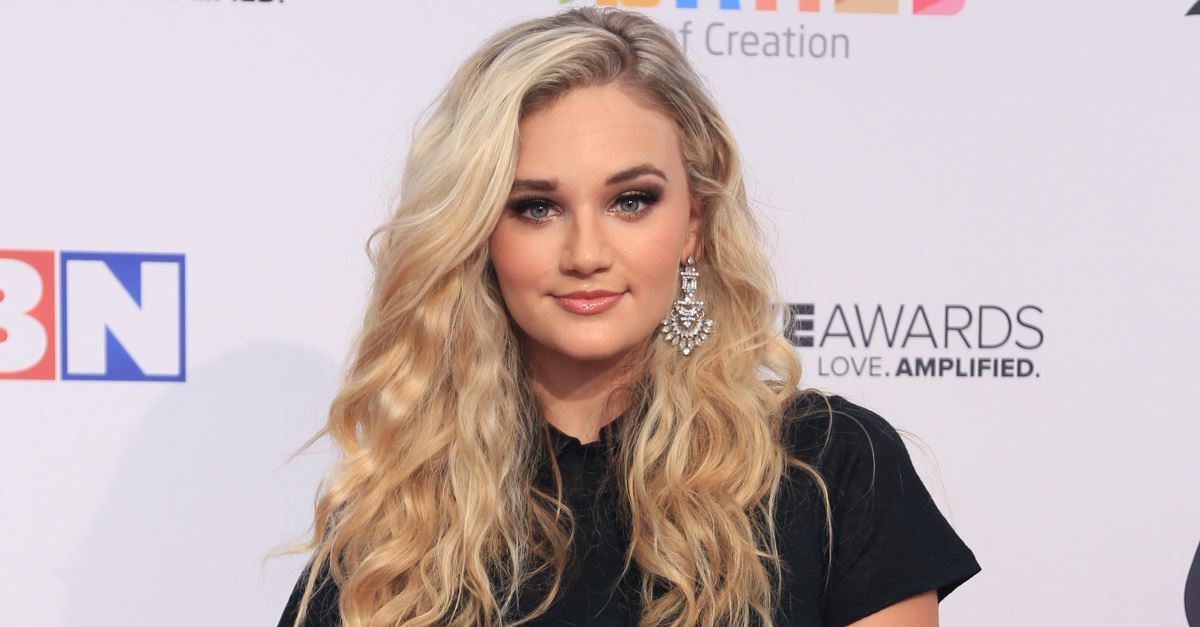 Recording artist Hollyn addressed concerns about her faith after her new EP, Bye, Sad Girl, which is about a hard season in her life and does not explicitly mention God, was announced.

Fans grew concerned, making comments on social media that included “What happened why aren’t you singing for God anymore” and “start making songs about God again”, according to the Christian Post.

The 22-year-old singer and songwriter made a public statement to quell any fears. “It breaks my heart to read these comments because it’s a complete misinterpretation of this project, me, and the heart of God,” she said on Instagram. “The goal is vulnerability, the goal is connectivity, the goal is HEALING.”

“Isn’t God in every aspect of our life? He is a God of process & God of hope,” she continued. “This project is my PROCESS towards inner healing. This project is God’s promise of HOPE spoken into my heart.”

Three of the songs have been pre-released before the official release of the whole EP on September 6. Although they speak largely to processing after a relationship, Hollyn prays that her project helps with anyone struggling through difficult seasons or trauma.

“I pray this project meets you right where you’re at. Whatever your situation is, that it brings you encouragement to keep taking steps toward freedom,” she said. “With the utmost humility and love, I ask you, instead of excluding people, invite them in. Our job is to help people take steps towards truth…not to exclude them.” 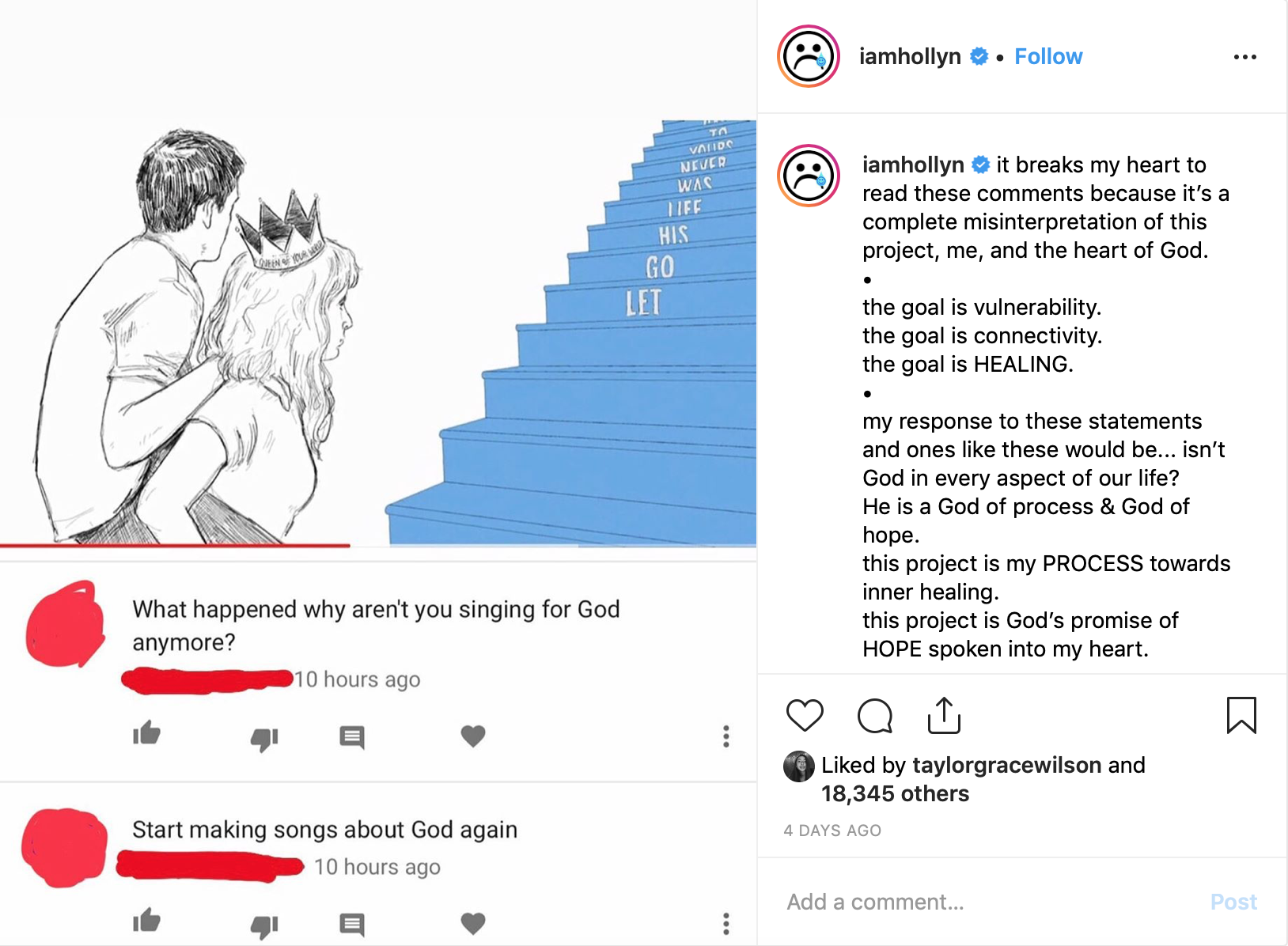 Hollyn was first discovered as a contestant on American Idol, where she made it to the Hollywood rounds. She has received both Christian and mainstream attention with her debut album One-Way Conversations, which came in at No. 2 on the iTunes Pop Albums chart under Lady Gaga and Top 10 overall. Her singles, “Can’t Live Without” and “In Awe” have also ranked in the Top 25 on Christian radio.