'Wear a Mask,' Trump Urges Americans: 'They Have an Impact' in Stopping the Pandemic 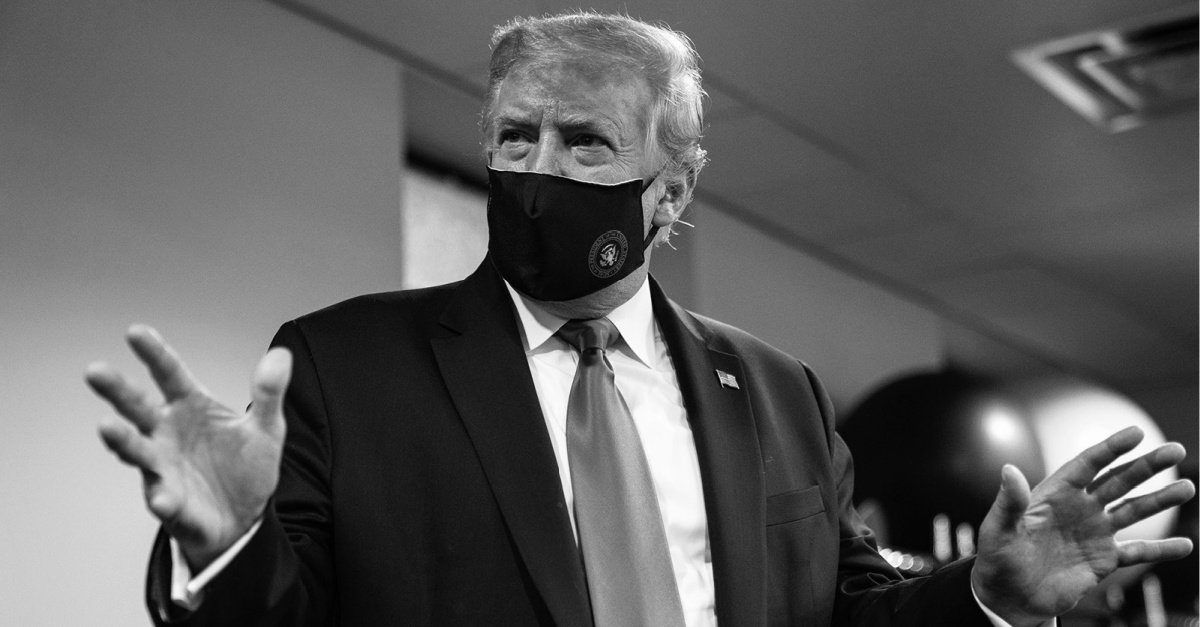 'Wear a Mask,' Trump Urges Americans: 'They Have an Impact' in Stopping the Pandemic

In his strongest comments on the subject in months, President Trump Tuesday urged Americans to wear masks, saying the coronavirus pandemic likely will “get worse before it gets better” in the United States.

“We’re asking everybody that when you are not able to socially distance, wear a mask, get a mask,” Trump said at a news conference. “Whether you like the mask or not, they have an impact. They’ll have an effect. And we need everything we can get.”

President @realDonaldTrump: "We're asking everybody that when you are not able to socially distance, wear a mask." pic.twitter.com/pfpssIqJjH

Later, he returned to the same subject: “We’re … asking Americans to use masks, socially distance, and employ vigorous hygiene – wash your hands every chance you get – while sheltering high-risk populations.”

Trump, who discussed masks several times during the coronavirus briefings in April, has been criticized by some for not promoting them enough in recent weeks. He wore a mask publicly while visiting Walter Reed National Military Medical Center July 11, and on July 20 tweeted a photo of himself wearing a mask. On Tuesday, he re-tweeted a video of his news conference comments about masks.

We are United in our effort to defeat the Invisible China Virus, and many people say that it is Patriotic to wear a face mask when you can’t socially distance. There is nobody more Patriotic than me, your favorite President! pic.twitter.com/iQOd1whktN

Asked by a reporter why he doesn’t use masks “more frequently,” Trump responded, “I do.”

Trump said, for example, he uses masks in groups and in elevators.

“I view it this way: Anything that potentially can help – and that certainly can potentially help – is a good thing. I have no problem,” Trump said. “I carry it. I wear it. You saw me wearing it a number of times, and I’ll continue.”

Although the nation is “making progress” against the virus, Trump said, Americans should prepare for things to get worse in the short term.

“Some areas of our country are doing very well; others are doing less well,” he said. “It will probably, unfortunately, get worse before it gets better — something I don’t like saying about things, but that’s the way it is. It’s the way, it’s what we have. If you look over the world … it tends to do that.”