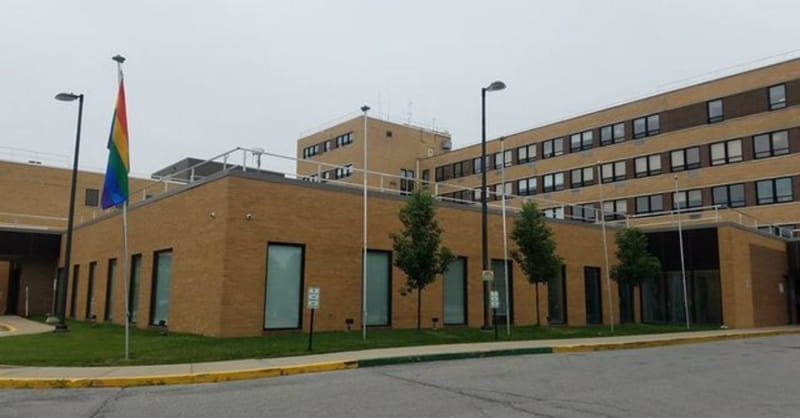 A VA hospital in Indiana is under fire after it removed flags for the branches of the U.S. military and replaced them with a rainbow flag to celebrate Gay Pride Month.

The hospital defended the action.

"Logistically, we could not add a flag without removing a flag from the poles outside our VA,” it said in a statement. “Rather than single out one military branch's flag to be temporarily replaced with the LGBT flag, we chose to remove all of them for one day in order to show our dedication to serving all Veterans equally."

But on the TV station’s Facebook page, plenty of people said the flag never should have gone up.

“Here is my question...do they fly a flag for black history month?” one woman asked. “Or what about women’s rights? Hispanic heritage month? This has nothing to do with LGBT. It’s more about the fact that you are fighting and serving America. This is kinda silly.”

Another asked, “What about the rest of us? Can I have a special flag because I am a white female Christian??”