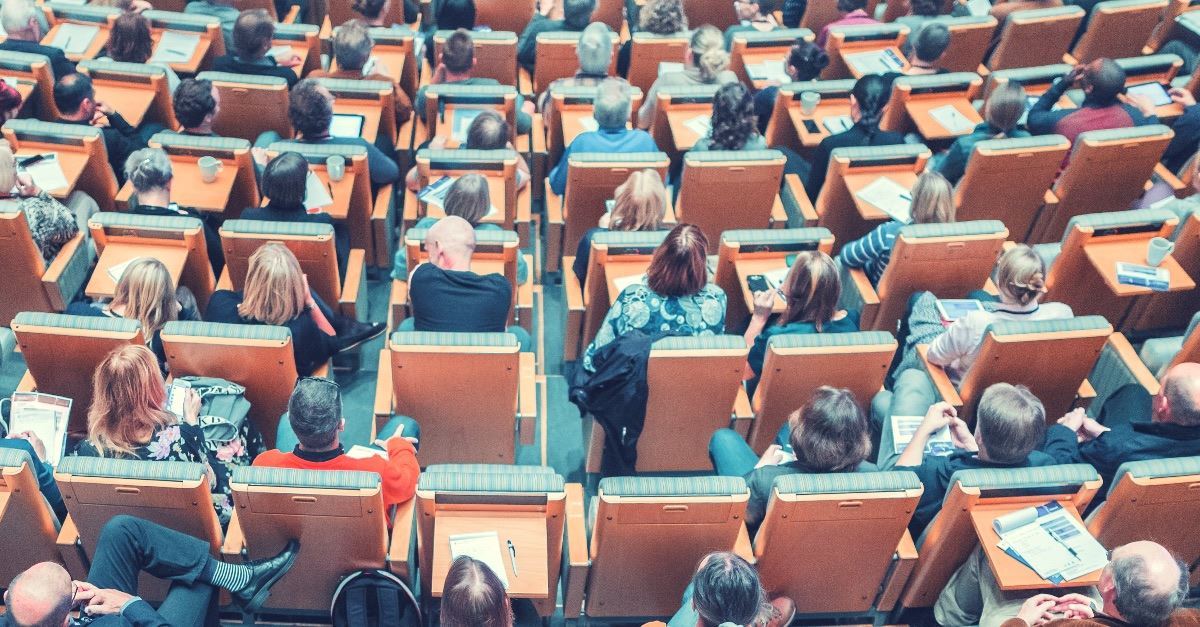 A UC Berkeley Christian student is facing demands to resign her student senate seat after speaking out against a transgender rights resolution.

But the student, Isabella Chow, says she won’t quit.

“If I do, there will be no one else to represent the voices that are ignored and misunderstood on campus,” Chow told The San Francisco Chronicle.

The controversy began when the student senate considered a resolution condemning the Trump administration for considering a change to the legal definition of gender. The new definition would define gender by a person’s sex at birth. The resolution also expressed support for “transgender, non-binary, and gender non-conforming students.”

Eighteen senators voted for the bill, and no senator voted against it. Chow abstained and then explained her vote, saying she opposes bullying and she loves all people, but could not support the resolution.

“As a Christian, I personally do believe that certain acts and lifestyles conflict with what is good, right and true,” she said, according to The Chronicle. “I believe that God created male and female at the beginning of time, and designed sex for marriage between one man and one woman. For me, to love another person does not mean that I silently concur when, at the bottom of my heart, I do not believe that your choices are right or the best for you as an individual.”

Students on social media labeled her a bigot, “horrible person” and a “mental imbecile.” More than 1,000 people signed a petition urging her to resign. And hundreds of students filled a follow-up senate meeting in which Chow’s position was the only item on the agenda, The Chronicle reported. A banner was hung in the meeting room that read, “Senator Chow Resign Now.” Students, one by one, spoke at a microphone about how her words endangered transgendered people. Only three people spoke out in support of her. One of those was Matt Ronnau, who said the “mob that has descended upon Senator Chow ... is a disgrace to UC, which should be a place of debate.”

Most people on campus, though, oppose Chow. Her political party even ended its ties with her. The student newspaper urged her to resign and then refused to run a first-person column by her.

“She could have merely abstained,” Regan Putnam, president of the Queer Alliance Resource Center, told the Chronicle. “But she took it upon herself to go into this long dialogue, talking about marriage between a man and a woman, and shrouding hate in ‘love.’ Nobody asked her to explain her vote. Nobody who voted ‘yes’ had to explain their vote.”

Chow said she is “frustrated and sad that Berkeley students are forced to live in a bubble, and we have to protect ourselves from anything that a vocal population deems to be offensive.”

“I go to classes, and people are looking at me. I’ve been painted in such a negative light,” Chow told The Chronicle. “Everybody’s talking about it. No matter how much I tried to say, ‘I can love you and still disagree with you,’ people still interpret my disagreement with being a bigot and a hater.”

She is a junior majoring in business administration and music.

“No,” she told The Chronicle, “I’m not planning to resign.”