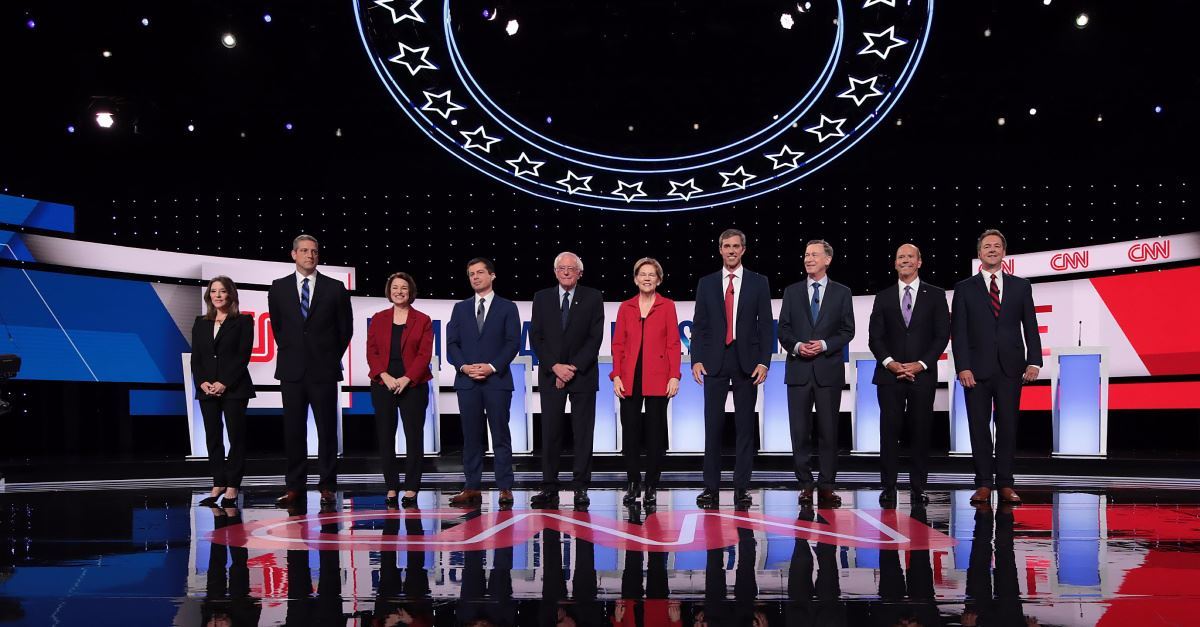 Ten candidates participated, led by Sanders (Vt.) and Warren (Mass.), who are second and third, respectively, in Real Clear Politics’ average of polls for the Democratic nomination. Former Vice President Joe Biden – who leads the polls – will be in Wednesday night’s lineup.

“We need to continue to have border security… but what we can't do is not live our values,” Warren said. “I've been down to the border. I have seen the mothers. I have seen the cages of babies. We must be a country that everyday lives our values. … and one way to fix it is to decriminalize.”

America, she said, needs a “sane system that keeps us safe at the border, but does not criminalize the activity of a mother fleeing here for safety.”

“I happen to believe that when I talk about health care as a human right, that applies to all people in this country, and under a Medicare-for-all single-payer system, we could afford to do that,” Sanders said.

A few Democrats, though, pushed back against the proposals by Warren and Sanders.

“We've got 100,000 people showing up at the border right now,” said Montana Gov. Steve Bullock. “If we decriminalize entry, if we give health care to everyone, we'll have multiples of that. Don't take my word. That was President Obama's Homeland Security secretary that said that.”

“If you want to come into the country, you should at least ring the doorbell,” Ryan said. “... [E]ven if you decriminalize, which we should not do, [the president still has] statutory authority. The president could still use his authority to separate families. So we've got to get rid of Donald Trump. But you don't decriminalize people just walking into the United States. … And as far as the health care goes, undocumented people can buy health care, too.

“... Everyone else in America is paying for their health care. I don't think it's a stretch for us to ask undocumented people in the country to also pay for health care.”