Trump: ‘We Have a Lot of Things in Common’ with Pelosi, Democratic House 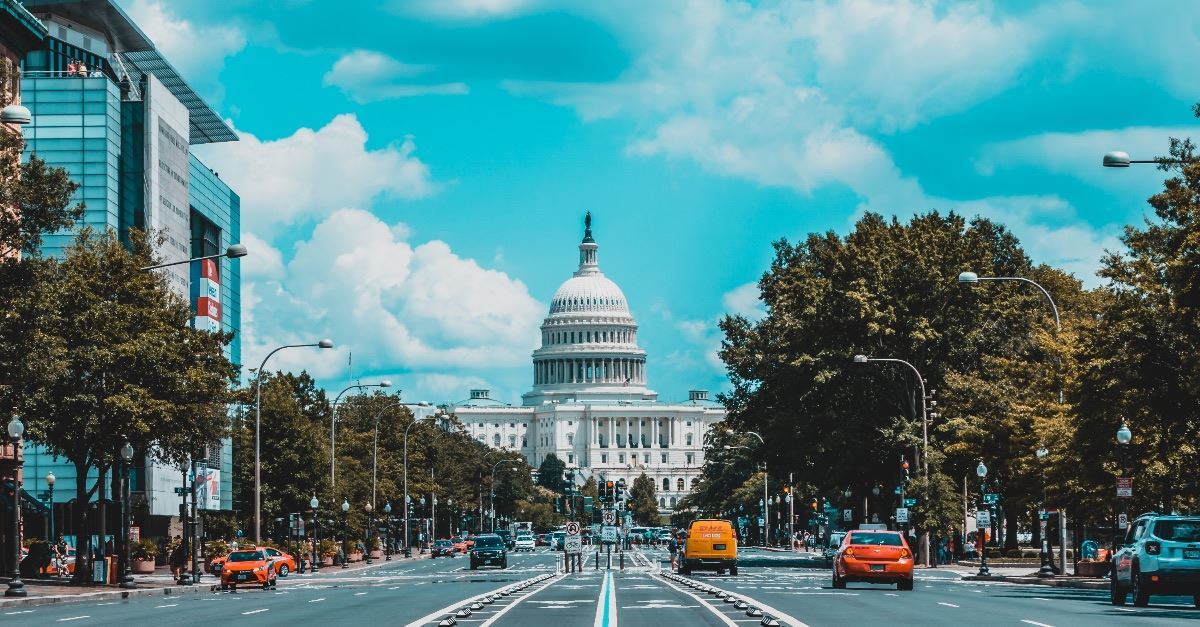 Trump: ‘We Have a Lot of Things in Common’ with Pelosi, Democratic House

Americans gave Democrats control of the House of Representatives Tuesday but ensured divided government for at least two years by strengthening Republicans’ hold on the Senate.

Democrats won back the House for the first time since 2010, guaranteeing that Rep. Nancy Pelosi (Calif.) will be elected speaker again provided she has support of her caucus. As of Tuesday, Democrats had won 222 seats to the GOP’s 199, with more than a dozen races still undecided in the 435-seat chamber. A party needs 218 seats to win power.

“Today is more than about Democrats and Republicans,” Pelosi said after networks called the House for Democrats. “It’s about restoring the Constitution’s checks and balances to the Trump administration.”

Pelosi, though, indicated she wanted to stop the division between the two parties and emphasized “unity for our country.”

“We have a bipartisan marketplace of ideas that makes our democracy strong,” Pelosi said. “A Democratic Congress will work for solutions that bring us together, because we have all had enough of division.”

President Trump, during a Wednesday press conferences, spotlighted the Republicans’ success in the Senate.

“Last night the Republican party defied history to expand our Senate majority while significantly beating expectations in the House,” he said. “…We did this in spite of a very dramatic fundraising disadvantage driven by Democrats’ wealthy donors and special interests and a very hostile media coverage, to put it mildly.”

“I give her a great deal of credit for what she has done and what she has accomplished,” Trump said. “Hopefully we can all work together to continue delivering for the American people.”

Trump mentioned several issues – economic growth, infrastructure, trade and lowering the cost of prescription drugs – that he is willing to work with Democrats. He even said Democratic control of the House puts him in a better position to pass legislation than if the GOP had narrowly kept the chamber.

“We have a lot of things in common,” Trump said.

In the Senate, Republicans went into the election with 51 seats and could increase that to 54, which would be advantageous in confirming judges. The GOP flipped Senate seats held by Democrats in Florida, Indiana, Missouri and North Dakota, while Democrats won a seat held by the GOP in Nevada. Races in Arizona (where the Republican leads) and Montana (where the Democrat leads) have yet to be called.

Political observers said it will easier to confirm Trump’s justices in the new Senate.

“With just 51 Republicans in the Senate, any two GOP members – say, Sens. Susan Collins and Lisa Murkowski – could keep a nomination from going forward by voicing objections,” Byron York wrote for the Washington Examiner. “With a bigger GOP majority, party leadership will be able to confirm a nominee even if Collins and Murkowski objects.”

“From the narrow perspective of judicial confirmations, yesterday’s elections were a huge success,” Whelan wrote. “... [T]hose additional seats provide a lot of space in the event that there is another Supreme Court vacancy over the next two years. Simply put, it ought to be an easy matter to confirm another outstanding judicial conservative (or two) to the Court.”