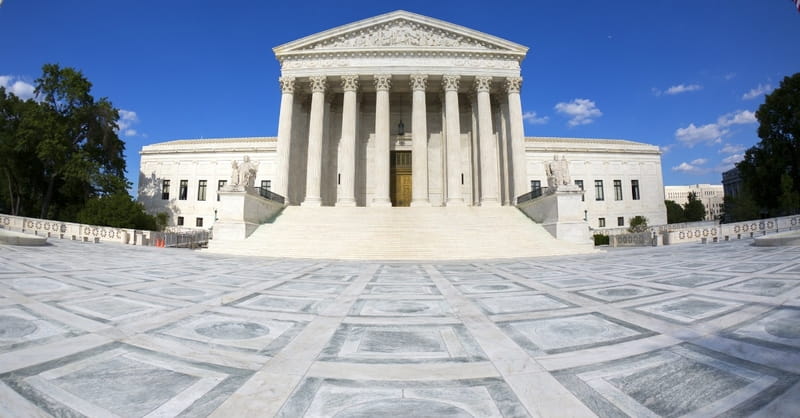 President Trump said Sunday his Supreme Court pick would be a conservative and that the issue of abortion may go back to the states, even as moderate Sen. Susan Collins said she would not vote for someone who was hostile to Roe v. Wade.

Trump made his comments on Fox News’ Sunday Morning Futures with Maria Bartiromo.

Asked if he would quiz his choice where he or she stands on Roe v. Wade, Trump said “probably not.” Roe is the 1973 ruling that legalized abortion nationwide.

Justice Anthony Kennedy’s retirement last week provided Trump his second opportunity to name a new justice to the court. Kennedy was pro-Roe. Conservatives are hoping his replacement will vote to overturn Roe. The nine-member court already has four mostly conservative justices, although it’s not known if they would vote in bloc against Roe.

“Maybe someday [abortion] will be [left] to the states,” Trump said. “You never know how that’s going to turn out.”

He also said he was proud of the job that his first Supreme Court pick, Neil Gorsuch, is doing on the court.

“I’m going to try and do something like that,” Trump said.

Collins, a Republican senator who supports Roe, said Sunday she would prefer that Trump broaden his list of potential nominees.

"I would not support a nominee who demonstrated hostility to Roe v. Wade because that would mean to me that their judicial philosophy did not include a respect for established decisions, established law," Collins said.

The GOP has 51 senators in the 100-member chamber and can withstand only one defection.

She met with Trump last week to discuss the opening.

"The President really was soliciting my views on the type of nominee that I was looking for," Collins told CNN. "I emphasized that I wanted a nominee who would respect precedent, a fundamental tenet of our judicial system."

Michael Foust is a freelance writer. Visit his, blog, MichaelFoust.com.