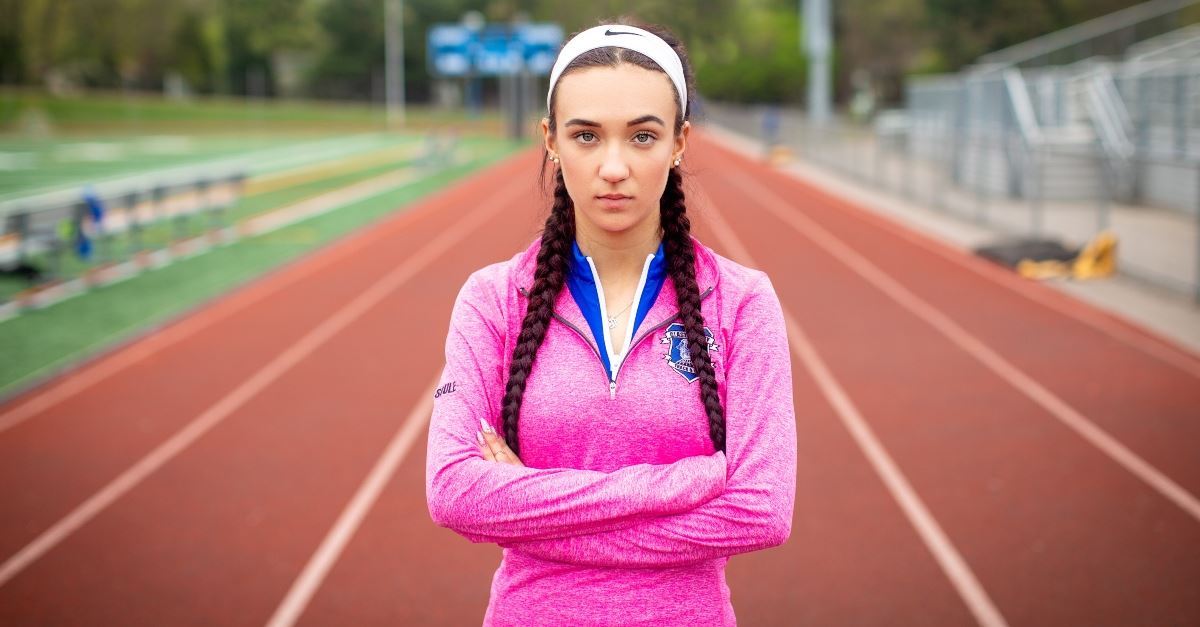 “This discrimination must end,” the complaint reads. It was filed with the department’s Office of Civil Rights by Alliance Defending Freedom (ADF).

It could have national implications.

Neither athlete takes testosterone-suppressing hormones as required on the NCAA and international levels. Their victories came after the Connecticut Interscholastic Athletic Conference (CIAC) issued a rule allowing athletes to compete in any gender-specific sport that matches their identity.

ADF is representing three girls, two of whom are unidentified due to fears of repercussions.

“Like large numbers of girls around the nation, each Complainant has trained much of her life—striving to shave mere fractions of seconds off her race times—in order to experience the personal satisfaction of victory, gain opportunities to participate in state and regional meets, gain access to opportunities to be recruited and offered athletic scholarships by colleges, and more,” the complaint says.

“Unfortunately for Complainants and other girls in Connecticut, those dreams and goals—those opportunities for participation, recruitment, and scholarships—are now being directly and negatively impacted by a new policy that is permitting boys who are male in every biological and physiological respect—including unaltered male hormone levels and musculature—to compete in girls’ athletic competitions if they claim a female gender identity.”

All total, the participation by Miller and Yearwood has erased 40 opportunities to participate in higher level competitions from female track athletes, the complaint says. The policy is resulting in girls not being recruited and offered scholarships, simply because those girls are not qualifying for the big meets attended by college coaches, the complaint says.

“The Department of Education should make clear that this result, and thus this policy, is neither required nor allowed by Title IX, and should impose a remedy that protects the rights of Complainants and all similarly situated girls,” the complaint says.

The complaint further says the “basic physiological differences between males and females after puberty are readily apparent from the record books.”

“No one doubts that top male and female high school athletes are equally committed to excelling in their sport, and train equally hard. Yet boys consistently run faster times than girls in the same events,” the complaint says.

The complaint quotes a 2004 decision from the Second Circuit Court of Appeals stating, “Treating girls differently regarding a matter so fundamental to the experience of sports—the chance to be champions—is inconsistent with Title IX’s mandate of equal opportunity for both sexes.”

The complaint revealed that Selina Soule—the only identified complainant in the case—has received retaliation for her stance. Her track coach, the complaint says, “forced her to perform workouts that are not generally applied for short-distance sprinters.” The coach also has forbidden her from competing in any high school track and field event unless she completes them.”

“The coach has never imposed that kind of condition on Selina before,” the complaint said. “Worse, a coach told Selina and her father that if a college recruiter asked him about Selina, ‘he would not be able to give a good report about her.’”