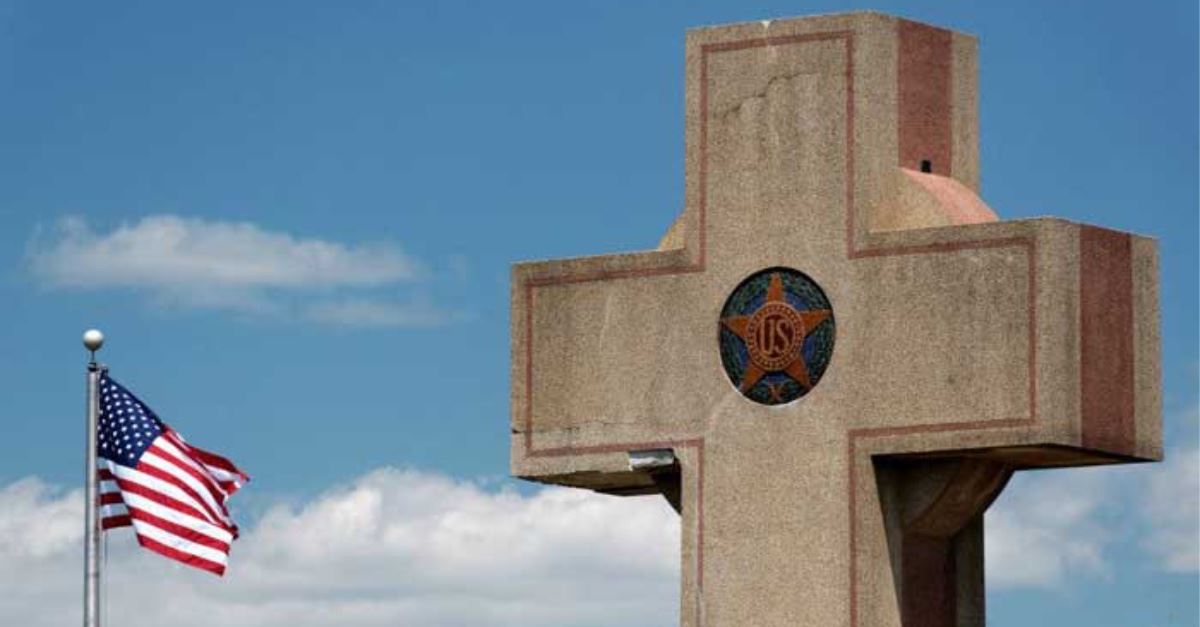 The U.S. Supreme Court issued a landmark religious liberty decision Thursday and let stand a 94-year-old cross-shaped war memorial that was at the center of a dispute between an atheist group and a veterans organization.

The court, in a 7-2 decision, ruled the 40-foot Bladensburg WWI Veterans Memorial – often called the Peace Cross – does not violate the Establishment Clause of the First Amendment. It sits on public property in Bladensburg, Md., and was completed in 1925.

The justices did not overturn the so-called Lemon Test as requested by some religious liberty groups but did issue a new set of principles that could protect other historic religious-themed monuments from lawsuits.

“The cross is undoubtedly a Christian symbol, but that fact should not blind us to everything else that the Bladensburg Cross has come to represent,” Justice Samuel Alito wrote for the majority. “For some, that monument is a symbolic resting place for ancestors who never returned home. For others, it is a place for the community to gather and honor all veterans and their sacrifices for our Nation. For others still, it is a historical landmark.”

Tearing down the cross, Alito wrote, could be viewed as an unconstitutional hostile act toward religion.

“For many of these people, destroying or defacing the Cross that has stood undisturbed for nearly a century would not be neutral and would not further the ideals of respect and tolerance embodied in the First Amendment. For all these reasons, the Cross does not offend the Constitution.”

The American Humanist Association, an atheist group, sued to have the cross removed. It lost in district court but won at the Fourth Circuit Court of Appeals. The American Legion, a veterans groups that helped erect the cross, appealed to the U.S. Supreme Court. First Liberty Institute represented American Legion.

“This is a landmark victory for religious freedom,” said Kelly Shackelford, president of First Liberty. “The days of illegitimately weaponizing the Establishment Clause and attacking religious symbols in public are over. Our Founders would have been appalled at this attempt to make the government hostile to our religious heritage, history, and symbols. The attempted perversion of our Constitution is now over, and every American now has more freedom than they have had in decades, with a government no longer hostile to people or expressions of faith.”

The justices did not overturn the Lemon Test, which has been used since 1971 to determine the constitutionality of a law that deals with religion. According to the test, a law is constitutional if it: 1) has a secular purpose, 2) neither advances nor inhibits religion, and, 3) doesn’t foster government “entanglement” with religion.

Still, a majority of the justices limited Lemon’s reach in future cases by listing four reasons why historic monuments usually are constitutional:

“These four considerations,” the majority wrote, “show that retaining established, religiously expressive monuments, symbols, and practices are quite different from erecting or adopting new ones. The passage of time gives rise to a strong presumption of constitutionality.”