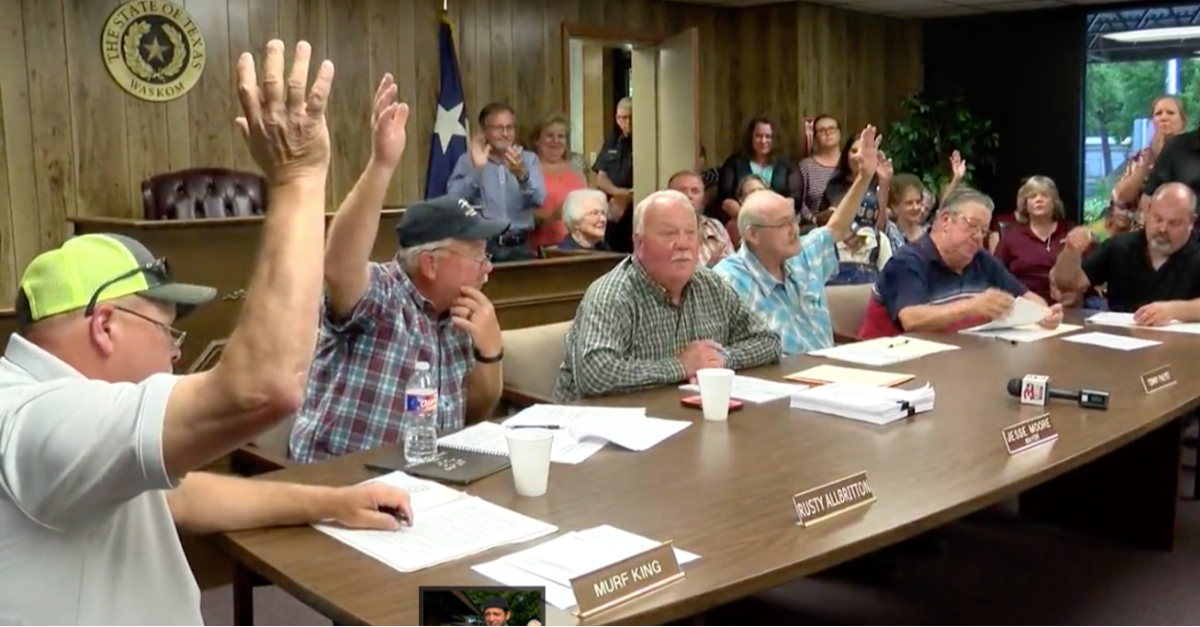 A small Texas town became a “sanctuary city of the unborn” Tuesday night when the city council passed an ordinance banning abortion within the city limits.

The city council for Waskom, Texas, unanimously passed the ordinance over the warnings of the mayor, who said the town may be sued.

The ordinance passed to cheers from the crowd, KTAL reported. It prohibits abortion clinics from opening and declares the town a “sanctuary city” for the unborn.

“We decided to take things into our own hands, and we've got to do something to protect our cities and to protect the unborn children,” said Mark Lee Dickson of Right To Life with East Texas.

Waskom, with a population of about 2,000, does not have an abortion clinic. Supporters of the ordinance call it preventative, KTAL reported.

“Most likely we will end up getting sued if this passes. It could go to the Supreme Court,” Mayor Jesse Moore said during the discussion.

Alderman Jimmy Dale Moore added, “We don't have the possibility of millions of dollars to take it to that level. We can't pay those types of attorney fees.”

The ban includes exceptions for rape, incest and to save the mother’s life. Waskom is located near the Louisiana border.

At least two other American cities – Roswell, N.M., and Riverton, Utah – voted this year to become “sanctuary cities” for the unborn.

“Some have asked why we should do this at a city level,” she said, according to The Salt Lake Tribune. “Some people say a resolution has no teeth – it’s not a state law or city ordinance. I say that we each need to stand up for our values. We need to speak up for the repressed or those that are never given the chance to have a voice.”