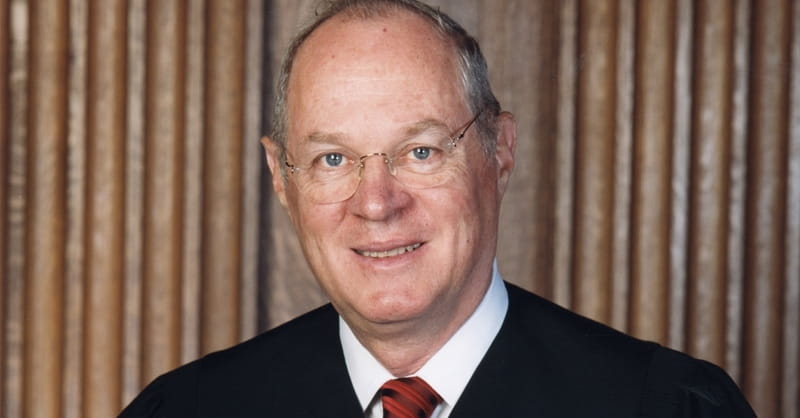 Supreme Court Justice and swing vote Anthony Kennedy announced his retirement Wednesday, giving President Trump the chance to fill a second seat on the court in what could be the most closely watched confirmation battle in decades.

Nominated by President Reagan and confirmed in 1988, Kennedy was the pivotal vote in many landmark 5-4 cases, including ones involving abortion and same-sex marriage.

In 1992, he sided with a 5-4 majority to uphold Roe v. Wade and keep abortion legal nationwide. Then, 15 years later, he cast the deciding vote in a 5-4 decision that uphold a ban on partial-birth abortion.

He had a major impact advancing LGBT issues, too. He sided with major gay rights cases in 1996 (Romer v. Evans) and 2003 (Lawrence v. Texas), writing the majority opinions in both 6-3 rulings. Then, in the 2015 Obergefell v. Hodges case, he penned the majority opinion in a 5-4 ruling that legalized same-sex marriage nationwide.

He sided with conservatives on major cases, too. He voted with the 5-4 majority in Bush v. Gore and then with the majority in District of Columbia v. Heller – a major gun rights case. In recent days he sided with religious liberty groups – first with a Christian baker against the state of Colorado and then with crisis pregnancy centers in cases against the state of California.

But the subject of abortion likely will dominate the debate over his successor. Conservatives have a bloc of four justices -- Chief Justice John Roberts and Justices Clarence Thomas, Samuel Alito and Neil Gorsuch – who potentially could vote to overturn Roe. It takes five votes on the nine-member court to form a majority. If Kennedy’s replacement joins the conservative bloc, then Roe could be reversed.

Nothing, though, is guaranteed – as pro-lifers discovered in the past. The pro-life community believed it had the votes to overturn Roe in 1992 when two Reagan appointees – Kennedy and Sandra Day O'Connor – joined George H.W. Bush-appointee David Souter to uphold Roe in the case, which was known as Planned Parenthood v. Casey. The vote was 5-4, and pro-lifers were stunned.

Still, pro-lifers were rejoicing Wednesday over the news of Kennedy’s retirement. Carol Tobias, president of National Right to Life, wrote on her personal Twitter feed referencing the news: “happy dance.”

Lila Rose, president and founder of the pro-life group Live Action, tweeted: “Justice Kennedy just announced his retirement from US Supreme Court. If the next Justice appointed supports the basic human right to life for ALL people, this could be the end of the horrific, immoral and unjust 1973 Roe v Wade decision.”

Alliance Defending Freedom acknowledged it had its differences with Kennedy but also recognized his achievements.

“We respectfully disagree with those decisions where Justice Kennedy created ‘rights’ not found in or intended by the United States Constitution,” ADF President Michael Farris said. “He deeply disappointed many Americans with his constitutional jurisprudence favoring abortion and same-sex marriage. But we also praise Justice Kennedy’s insight and forceful celebration of First Amendment freedoms, his sensitivity to the danger of authoritarian government, and his refreshing desire to preserve and teach the necessity of freedom of speech to future generations.