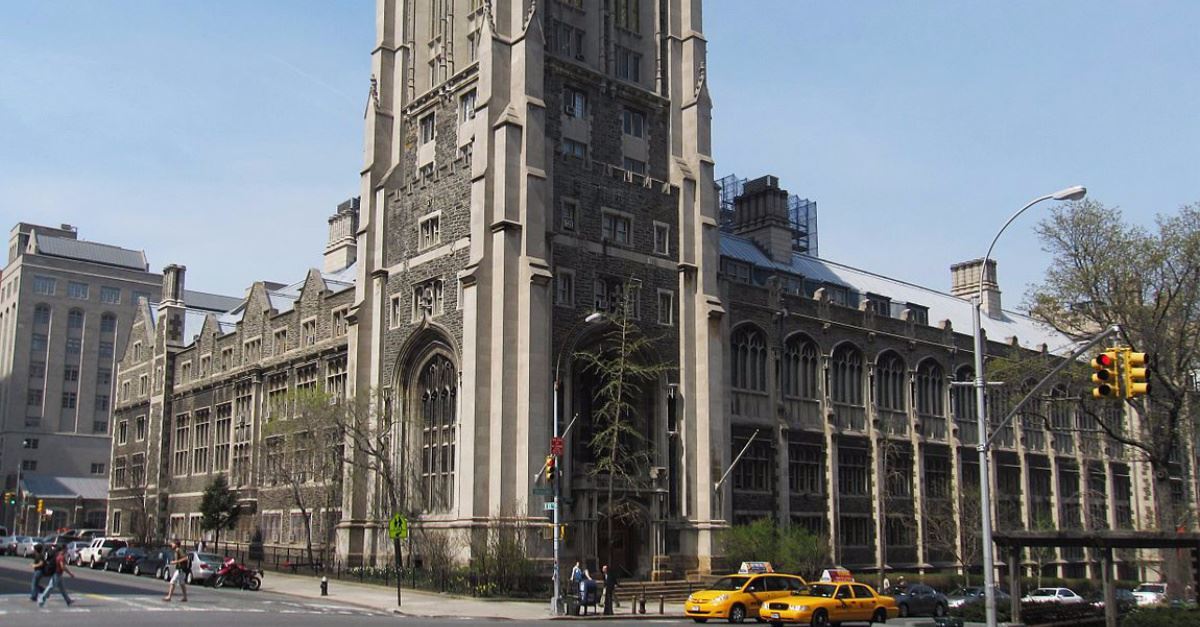 The president of a seminary founded in 1836 on the “infallible” Word of God says in a new interview she doesn’t believe in the bodily resurrection of Christ, the power of prayer, a literal heaven, or miracles.

Serene Jones, president of Union Theological Seminary in New York, made the comments in an interview with Nicholas Kristof of The New York Times for an article published Easter weekend. Although the author’s intent may have been to inspire readers, it also served to spotlight the leftward drift of many seminaries.

Union Theological Seminary’s founding constitution stated the seminary’s goal was to “promote” the “Kingdom of Christ.” Professors were required to affirm they believed “the Scriptures of the Old and New Testament to be the word of God” and the “only infallible rule of faith and practice.”

But as Jones made clear, the seminary is a very different school today.

She rejects a literal bodily resurrection of Christ.

“When you look in the Gospels, the stories are all over the place. There’s no resurrection story in Mark, just an empty tomb. Those who claim to know whether or not it happened are kidding themselves,” Jones said. “… Crucifixion is not something that God is orchestrating from upstairs. The pervasive idea of an abusive God-father who sends his own kid to the cross so God could forgive people is nuts. For me, the cross is an enactment of our human hatred. But what happens on Easter is the triumph of love in the midst of suffering. Isn’t that reason for hope?”

She rejects the idea that God miraculously heals through prayer.

“I don’t believe in a God who, because of prayer, would decide to cure your mother’s cancer but not cure the mother of your nonpraying neighbor,” she said. “We can’t manipulate God like that.”

She rejects the virgin birth.

“I find the virgin birth a bizarre claim,” she said. “It has nothing to do with Jesus’ message. The virgin birth only becomes important if you have a theology in which sexuality is considered sinful. It also promotes this notion that the pure, untouched female body is the best body, and that idea has led to centuries of oppressing women.”

Asked what happens when people die, Jones responded, “I don’t know! There may be something, there may be nothing. My faith is not tied to some divine promise about the afterlife.”

Asked how we can reconcile an “omnipotent, omniscient God” with evil and suffering, Jones responded, “At the heart of faith is mystery. God is beyond our knowing, not a being or an essence or an object. But I don’t worship an all-powerful, all-controlling omnipotent, omniscient being. That is a fabrication of Roman juridical theory and Greek mythology.”

When Kristof asked her if he can be considered a Christian after not believing in a virgin birth or resurrection, Jones answered, “Well, you sound an awful lot like me, and I’m a Christian minister.”

“This is not Christianity,” Mohler wrote. “This is a new religion, a new god, formed in an image intended not to offend modern secular sensibilities. She has constructed a god from post-modern theology that in no way resembles the God of the Bible – the one true God.”

Mohler observed that Jones denied “the reality of the resurrection, the necessity of the virgin birth, the attributes of God, the power of prayer, and the existence of heaven and hell.”

“According to Jones,” Mohler wrote. “there is no cross on which Jesus died for sin, there is no Father who sent the Son to pay our ransom, there is no bodily resurrection of Christ from the dead as a sign and seal of God’s promises – indeed, she has denied everything that makes the gospel good news. She even denies that God is a ‘being.’”

Jones claims to be a Christian minister while simultaneously rejecting “every tenet of the historic Christian faith,” Mohler said.

“Why would anyone identify as a Christian minister and then deny the entire superstructure of Christian theology?” Mohler asked. “What we see here is a hope to replace biblical Christianity with a new religion without anyone noticing.”