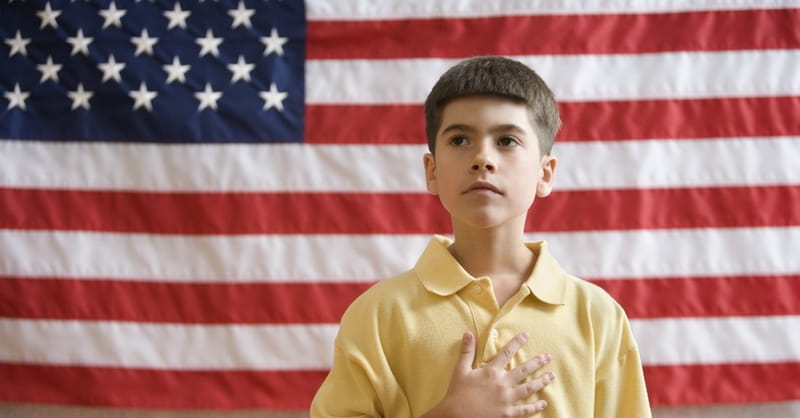 An Atlanta school eliminated the Pledge of Allegiance from its morning agenda, but then reversed course when parents spoke up.

Atlanta Neighborhood Charter School announced the original plan earlier this week in a letter from elementary campus principal Lara Zelski, according to The Atlanta Journal-Constitution. The morning Pledge had been recited when parents, students and staff were gathered together.

The school had eliminated the Pledge “in an effort to begin our day as a fully inclusive and connected community,” Zelski wrote.

“Over the past couple of years it has become increasingly obvious that more and more of our community were choosing to not stand and/or recite the pledge,” Zelski wrote.

The Pledge would have been recited among students later in the day when parents were not in the building.

But after the newspaper reported on the elimination of the Pledge, and a backlash followed, the school changed the policy back to the original model.

Zelski had said there were mixed opinions about the Pledge among the school community.

“There are many emotions around this and we want everyone in our school family to start their day in a positive manner,” she wrote. “After all, that is the whole purpose of our morning meeting.”