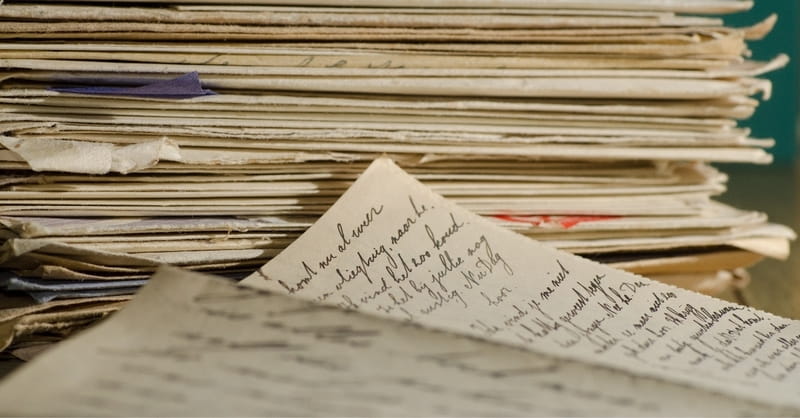 “We have been promised that all we have to do is ask God in Jesus name to help when we have done all we can – when we’ve come to the end of our strength and abilities and we’ll have that help,” Reagan wrote Aug. 7, 1982, as his father-in-law, Loyal Davis, was near death. “We only have to trust and have faith in his infinite goodness and mercy.”

The letter was uncovered by Washington Post columnist Karen Tumulty, who is writing a biography about Reagan’s wife, the former Nancy Davis. The letter was not part of the presidential records in the Ronald Reagan Library but was found “in a cardboard box of Nancy Reagan’s personal effects,” Tumulty wrote.

Loyal Davis, a neurosurgeon, previously had said he didn’t believe in the divinity of Christ, the virgin birth, or heaven and hell.

The letter from Reagan was written two years into his first term.

“I know of your feeling – your doubt but could I just impose on you a little longer? Some seven hundred years before the birth of Christ the ancient Jewish prophets predicted the coming of a Messiah,” Reagan wrote. “They said he would be born in a lowly place, would proclaim himself the Son of God and would be put to death for saying that.

“All in all there were a total of one hundred and twenty-three specific prophesys [sic] about his life all of which came true. Crucifixion was unknown in these times, yet it was foretold that he would be nailed to a cross of wood. And one of the predictions was that he would be born of a virgin.

“Now I know that is probably the hardest for you as a Dr. to accept. The only answer that can be given is – a miracle,” Reagan wrote. “… Either he was who he said he was or he was the greatest faker and charlatan who ever lived. But would a liar and faker suffer the death he did when all he had to do to save himself was admit he’d been lying?”

The miracle, Reagan wrote, is “that a young man of 30 years without credentials as a scholar or priest began preaching on street corners” and changed the world.

“He owned nothing but the clothes on his back and he didn’t travel beyond a circle less than one hundred miles across. He did this for only 3 years and then was executed as a common criminal. But for two thousand years, he has … had more impact on the world than all the teachers, scientists, emperors, generals and admirals who ever lived, all put together. The apostle John said, ‘For God so loved the world that he gave his only begotten son that whosoever believed in him would not perish but have everlasting life.’

“We have been promised that all we have to do is ask God in Jesus name to help when we have done all we can – when we’ve come to the end of our strength and abilities and we’ll have that help,” Reagan wrote. “We only have to trust and have faith in his infinite goodness and mercy.”

Reagan then referenced the love Loyal and his wife, Edith, had for one another.

“We’ve been promised this is only a part of life and that a greater life, a greater glory awaits us. It awaits you together one day, and all that is required is that you believe and tell God you put yourself in his hands.”

Earlier in the letter, Reagan had referenced an example from his own life that he believed illustrated the power of prayer. He had suffered from a painful ulcer as governor of California and was ordered by the doctor to take Maalox regularly.

“Then one morning I got up, went into the bathroom, reached for the bottle [of Maalox] as always and something happened. I knew I didn’t need it. I had gone to bed with the usual pain the night before but I knew that morning I was healed.”

When Reagan opened his mail at work that morning, he began reading letters from constituents. The first letter was from a woman who said she met with a group each day and prayed for him. The second letter was from a man who said he did the same. Later that morning, a young staffer from the legal staff came into Reagan’s office to tell him something and on the way out added: “Gov., I think maybe you’d like to know – some of us on the staff come in early every morning and get together to pray for you.”

Later, when Reagan went to the doctor for his checkup, the doctor became “puzzled,” Reagan wrote. Not only was the ulcer gone, Reagan said, but the doctor said there was no indication Reagan had ever had an ulcer in the first place.

“Coincidence? I don’t think so,” Reagan wrote in his letter to Loyal Davis. “… There is a line in the Bible – ‘Where ever two or more are gathered in my name there will I be also.’”