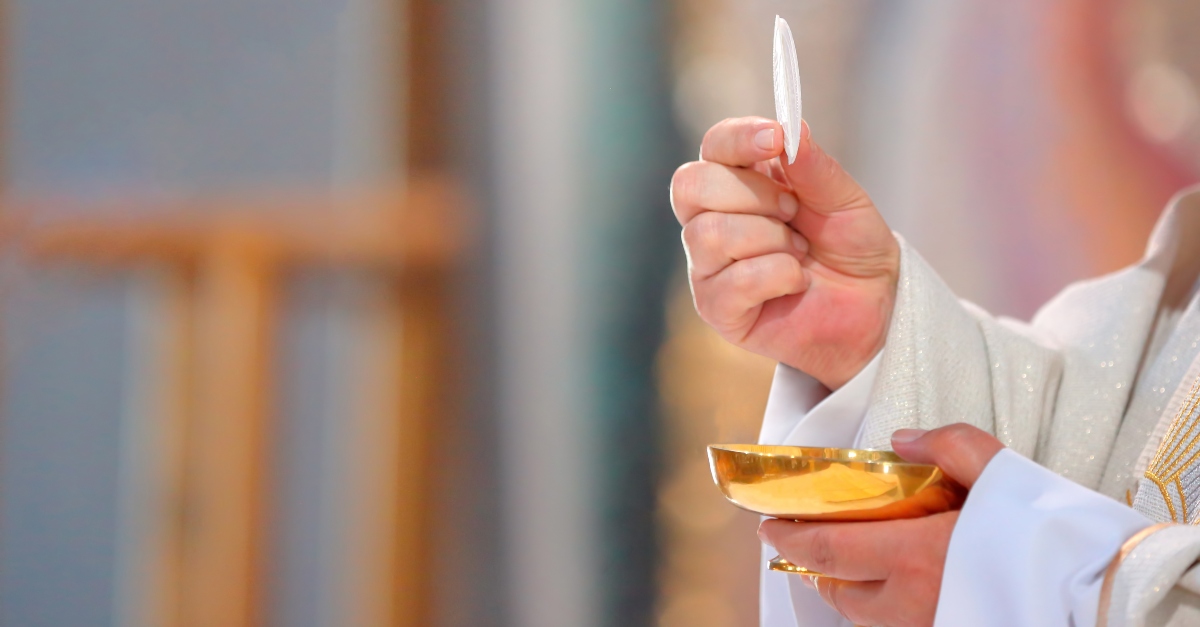 A Rhode Island priest is prohibiting state legislators who voted for a 2019 abortion bill from receiving communion, saying they violated the teachings of the Catholic Church.

The Rev. Richard Bucci of Sacred Heart Church in West Warwick, R.I., released a flier earlier this month listing the names of legislators who voted for the new law that codified abortion rights. That law, known as the Reproductive Privacy Act, prohibits all abortion restrictions and guarantees the right to an abortion even after fetal viability.

“In accord with the teaching of the Catholic Church for 2000 years, the following members of the legislature may NOT receive Holy Communion,” the letter from Bucci read. “... In addition, they will not be allowed to act as witnesses to marriage, godparents, or lectors at weddings, funerals or any other church function.”

“Both Father Bucci and Bishop [Thomas] Tobin need to be reminded that the U.S. Constitution requires the separation of church and state,” said Democratic state Rep. Carol McEntee, according to the Providence Journal. “We as legislators have an obligation to the people of Rhode Island to vote for legislation that reflects the opinion of the majority of Rhode Islanders, and not allow our religious beliefs to get in the way of our civic obligation as elected officials.”

Bucci, though, defended the flier in an interview with the Journal.

“If they are proud of what they have done, why do they want to keep it a secret?” he asked, rhetorically. “We all hear about responsibility. Let them take responsibility. If they think this is a good and wholesome and holy thing ... they should be proud of it, and why should I hide that from my parishioners?”

“They call me ‘Father’ so that I may have an influence in their lives, and this is a serious issue of life and death,” he said.