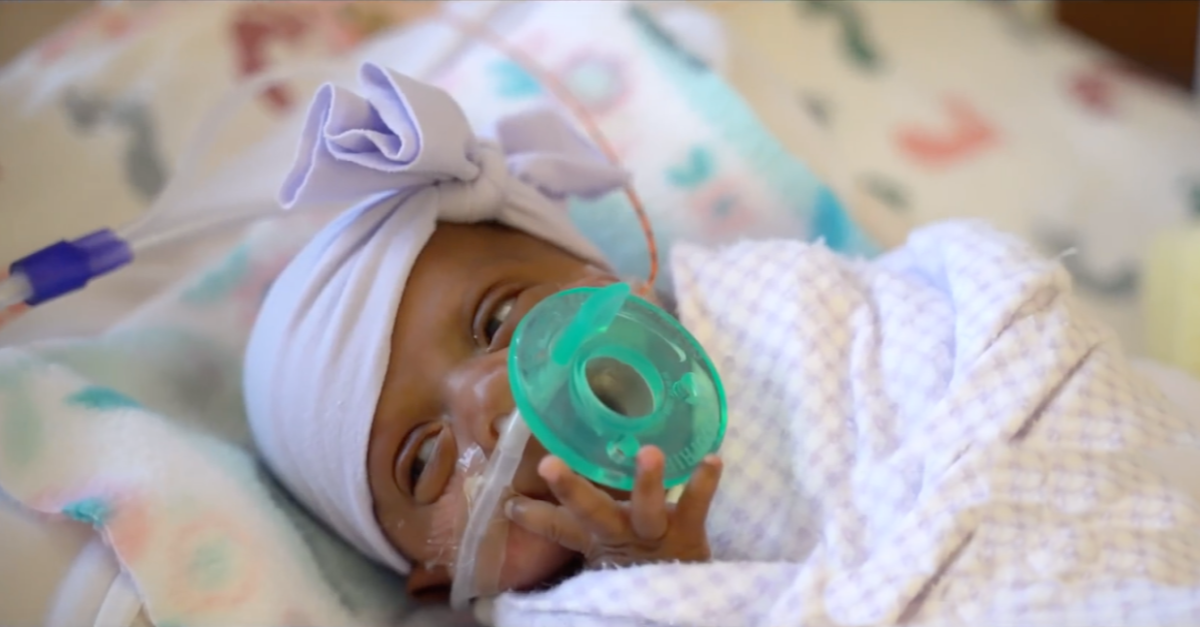 A record-setting baby girl born at 23 weeks of gestation and weighing barely half a pound left a San Diego hospital this month – and just might lead a few people to rethink their position on abortion.

Nicknamed Saybie, she went home five months after being born weighing only 8.6 ounces. It is believed to be a record for the smallest-ever surviving baby.

“For comparison, at birth she was roughly the same weight as a large apple or a child’s juice box,” said Trisha Khaleghi, the senior vice president and chief executive at Sharp Mary Birch Hospital for Women & Newborns, where Saybie was born. The parents chose not to reveal Saybie’s real name.

Saybie was born in December 2018 and discharged in early May as a “healthy 5-pound infant,” according to a press release.

She was born at 23 weeks, 3 days gestation. A pregnancy typically lasts 40 weeks. (The record for earliest baby to survive is 21 weeks, 4 days.)

Saybie was delivered after the mother developed preeclampsia.

The survival rate for babies born at 23 weeks is about 20 percent, a doctor told the Washington Post.

“She’s a miracle,” Kim Norby, a nurse who cared for Saybie, said in a video released by the hospital.

“23 week old premature baby is thriving  & has left hospital to live at home,” she wrote on Twitter. “Take a look at her picture. So fragile & precious.  There’s no denying her humanity. These medical miracles are why Americans are rethinking the abortion debate.”

23 week old premature baby is thriving & has left hospital to live at home. Take a look at her picture. So fragile & precious. There’s no denying her humanity. These medical miracles are why Americans are rethinking the abortion debate. https://t.co/0JYDyZnYJf