Purdue Superfan Tyler Trent, Whose Goal Was to ‘Spread the Love of Christ,’ Dies 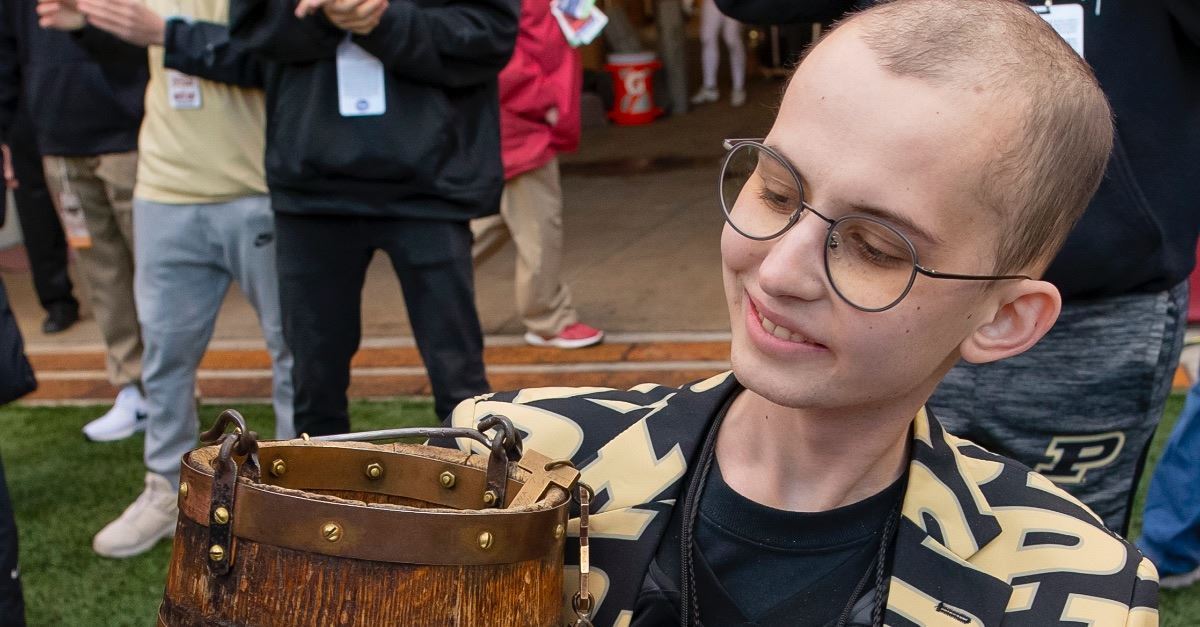 Purdue Superfan Tyler Trent, Whose Goal Was to ‘Spread the Love of Christ,’ Dies

Tyler Trent, the Purdue superfan whose story of faith and optimism in the face of death inspired the nation, died Tuesday at the age of 20.

Trent’s battle with a rare form of bone cancer became a national story in October when ESPN’s College Gamedayran a feature on him the same day the Boilermakers upset then-No. 2 and undefeated Ohio State. It was Ohio State’s only loss of the season. Trent was at the game, and “#TylerStrong” soon became a common hashtag on Twitter.

“ESPN was willing to listen to my story,” Trent told Sports Spectrum.

Trent encouraged people who are inspired by his story to reach out and help others around them.

His Christian faith, Trent said, is “my everything.”

“It’s the cornerstone,” Trent told Sports Spectrum. “Every morning, I make sure to get in the Word. My faith is what keeps me going, honestly. I don’t think I would be able to smile or have the happy face that people have seen on TV without my faith. Whether I wake up tomorrow or not, I know where I’m going to end up and having that comfort and that peace is huge. I really don’t know how anyone is able to fight a terminal illness without faith honestly.”

“Tyler didn’t lose his battle with cancer. He won, ” Brad Lampley, co-chair of the Music City Bowl, wrote on Twitter “He first inspired a team and later inspired millions with his toughness and by living gratefully, even in his final days. It was an honor to have him with us here in Nashville last week for the bowl. He will never be forgotten.”