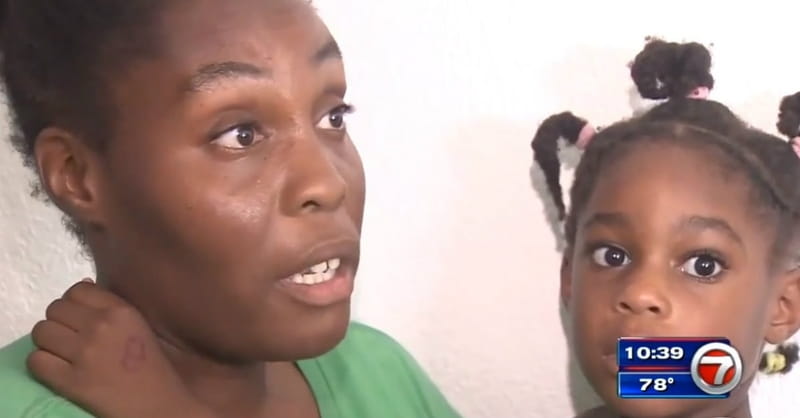 Police in Opa-locka, Fla., discovered a family of six living in a car and responded, not with criticism, but with a fundraiser to get the family a home, car, food and clothes.

It began when the family moved from Philadelphia to the area. Even though the dad was working two jobs in Opa-locka, the family couldn’t afford housing and ended up in hotels and then in their car.

Police then saw the family sleeping in the jam-packed vehicle.

“Mom sitting in the back on the driver side with an 8-year-old baby on her hand, and the other one right close to her,” Opa-locka officer Ruber Burero told the TV station. “I asked her, ‘Are you homeless?’ and tears started coming out.”

The mom said finding a place to bath was one of the biggest challenges.

Said Officer Jamesha McKinney, “I instantly put myself in their shoes. That could’ve been me sleeping in the car.”

The fundraiser involved putting the family in a home that they can have rent-free until July 1 and giving them a car, a Chrysler 200. A GoFundMe campaign for the family had netted nearly $20,000 as of June 7.

Learn more about the campaign at GoFundMe.com.