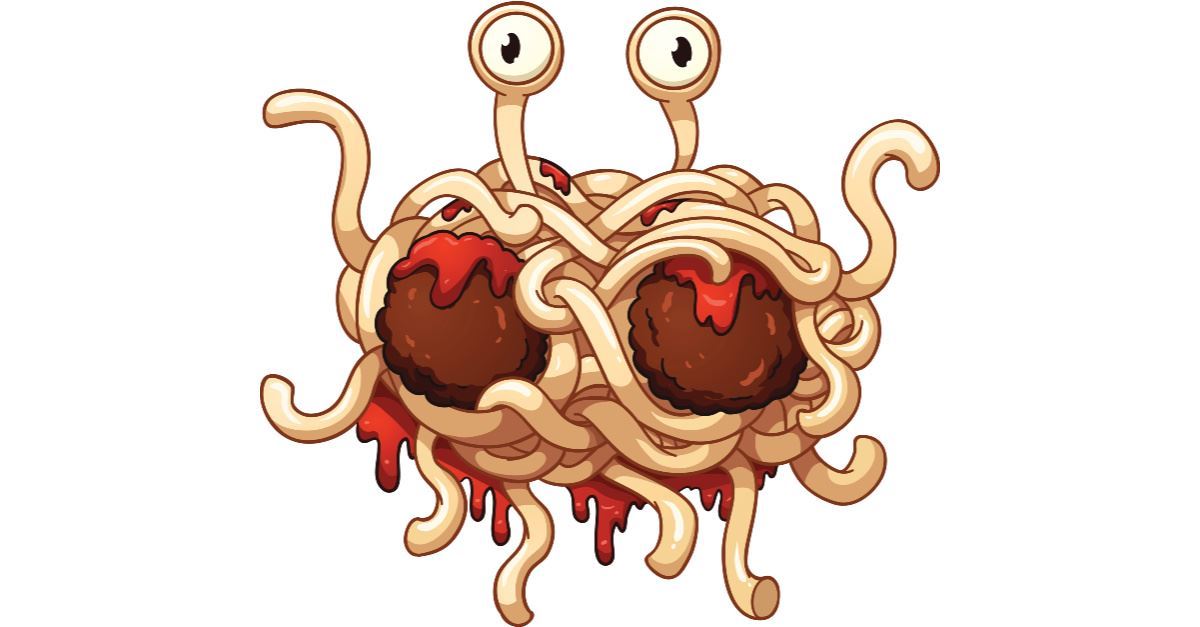 Thanks to a court ruling, a representative of the make-believe Church of the Flying Spaghetti Monster led prayer at a government meeting in Alaska this week.

The prayer at the government meeting in Homer, Alaska, followed a 2018 decision by an Alaska state court that ruled the previous policy – only permitting individuals from government-approved religious groups – was unconstitutional. The ACLU brought the suit, the Anchorage Daily News reports.

The Kenai Peninsula Borough Assembly could have abandoned the prayer tradition altogether, but instead adopted a new policy that allows anyone to sign up to pray.

On Tuesday, Barrett Fletcher, a pastor of Pastafarianism – also called the Church of the Flying Spaghetti Monster – offered a prayer. He wore a colander on his head

“So, I'm called to invoke the power of the true inebriated creator of the universe, the drunken tolerator (sic) of the all lesser and more recent gods, and maintainer of gravity here on earth. May the great Flying Spaghetti Monster rouse himself from his stupor and let his noodly appendages ground each assembly member in their seats,” he said, according to the Associated Press.

No one stood up for the prayer, and one man turned his back. Other men refused to remove their hats, AP reported.

Pastafarianism was created in 2005 as a way to protest the Kansas Board of Education’s decision to allow the teaching of Intelligent Design.

In June, a Satanist offered an invocation.

“There’s quite an interesting cast of characters, and it looks like it’s a majority non-Christian as far as I can tell,” Willy Dunne, an Assemblymember, told the Anchorage Daily News, referencing the list. “It’s become kind of ... an area of debate over what should be a valid belief, prayer, to begin the meeting.”

Fletcher capped his invocation by praying the members will have “satisfaction in the perception of accomplishment and allow them true relaxation and an ample supply of their favorite beverage at the end of this evening's work.”

He ended it by saying, “Ramen.”

Atheists Must be Allowed to Pray at Gov’t Meetings, Appeals Court Rules

Fort Worth Allows ‘In NO God We Trust’ Downtown Banners, Says They’re Legal