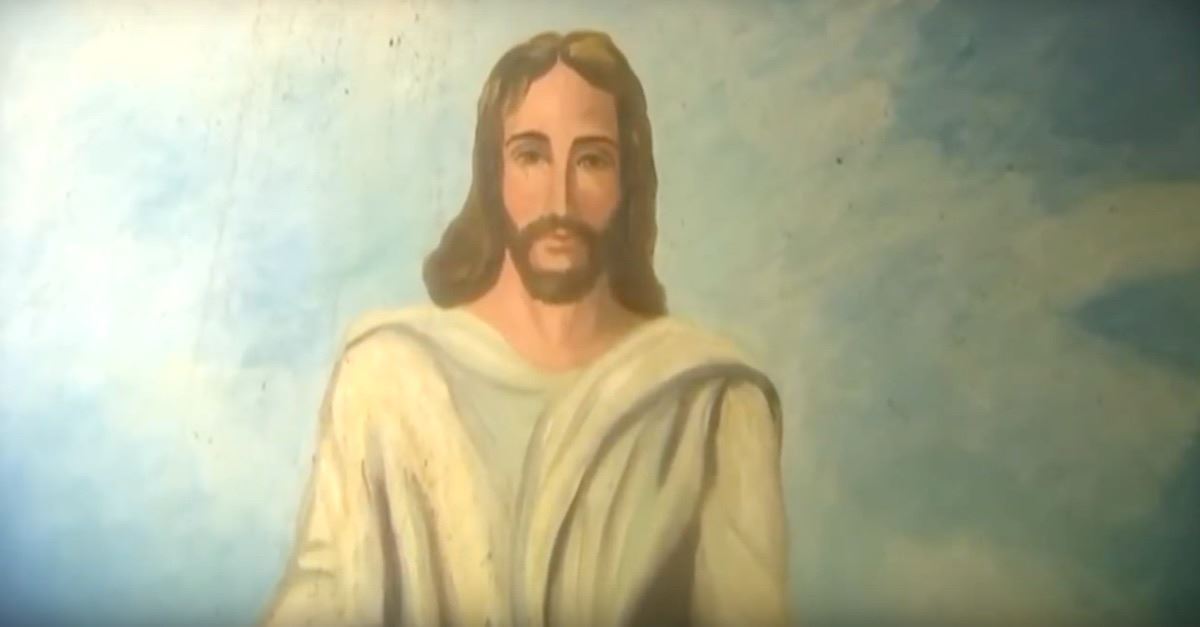 A historic New England church building was destroyed by fire Tuesday, although one thing survived virtually unscathed: a painting of Jesus.

First Baptist Church in Wakefield, Mass., was built in 1872 but burned to the ground Tuesday within hours after being struck by lightning.

The next day, a large painting of Christ was found in the rubble, “unmarked by fire, smoke, or water,” The Boston Globe reported.

The painting hung inside the front doors. Its survival is “a beautiful sign of hope and a reminder that Jesus is with us,” church member Maria Kakolowski told Boston 25 News.

“Even though our church building is gone, our church is here and the God that we serve is still here.”

The building was used by many people in the community.

“You just try and focus on the fact that the building is just a building,” Amy Burd, a teacher at a school which held classes in the church, told The Globe. “The building doesn’t hold all the love that happens in there.”

A message on the church’s website expressed hope for the future.

“While we lost our historic building from a lightning strike this week, we praise Jesus that our church community was kept safe,” the message stated. “A very big thank you to the many firefighters who did their jobs with excellence, and to the outpouring of support from the community.

“We know that we serve a God who specializes in restoring brokenness and who can bring beauty even from ashes. So we move into the future with trust, hope, and gratitude.