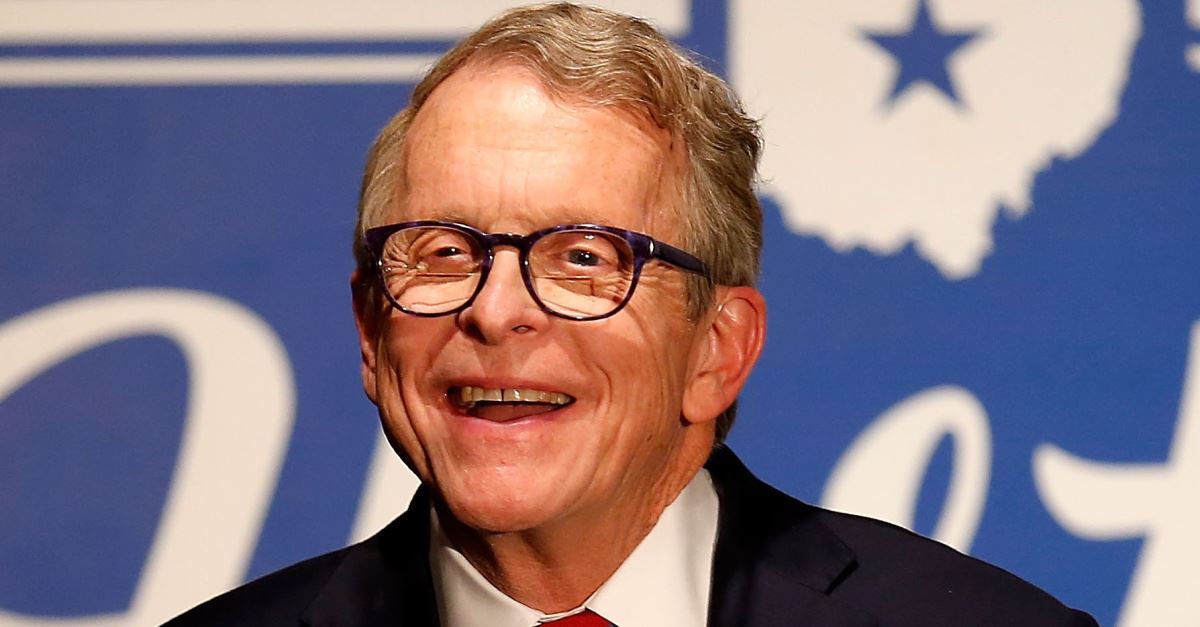 Ohio Gov. Mike DeWine signed a bill into law Thursday that bans abortion when an unborn baby’s heartbeat is detected, although he acknowledged legal challenges will decide its fate.

“It is the right thing to do,” DeWine, a Republican, said at the signing ceremony.

The bill, SB 23, passed the Ohio House of Representatives 56-40 and the Senate 18-13 this week, sending it to DeWine. Republicans control both chambers. The previous governor, John Kasich, had vetoed such a bill, saying he supported the concept but that it would be struck down as unconstitutional, as has happened in other states.

The bill says “no person shall knowingly and purposefully perform or induce an abortion on a pregnant woman before determining… whether the unborn human individual the pregnant woman is carrying has a detectable heartbeat.” Ohio Right to Life says an abdominal ultrasound can detect a heartbeat between eight and 12 weeks of a pregnancy.

“Governor DeWine continues to prove his commitment to the most vulnerable among us, including the unborn” said Stephanie Ranade Krider, vice president and executive director of Ohio Right to Life.

DeWine made a similar argument during the signing ceremony.

“The essential function of government is to protect the most vulnerable among us, those who don't have a voice,” DeWine said as he signed the bill, according to NPR. “Government's role should be to protect life from the beginning to the end.”

“After the detection of a fetal heartbeat there is a ninety-five to ninety-eight percent certainty that the new life will develop full term,” the bill’s text says.

The ACLU of Ohio said it will sue to overturn the law.

“This legislation is blatantly unconstitutional and we will fight to the bitter end to ensure that this bill is permanently blocked,” said Freda Levenson, legal director at the ACLU Of Ohio. “SB 23 is one of the most aggressive, oppressive, and radical attacks against women ever seen in this state and this country.”

A woman – GOP Sen. Kristina Roegner – sponsored the bill in the Senate.

“I am delighted that today the governor signed a bill, boldly declaring that Ohio will protect an unborn life,” Roegner said.