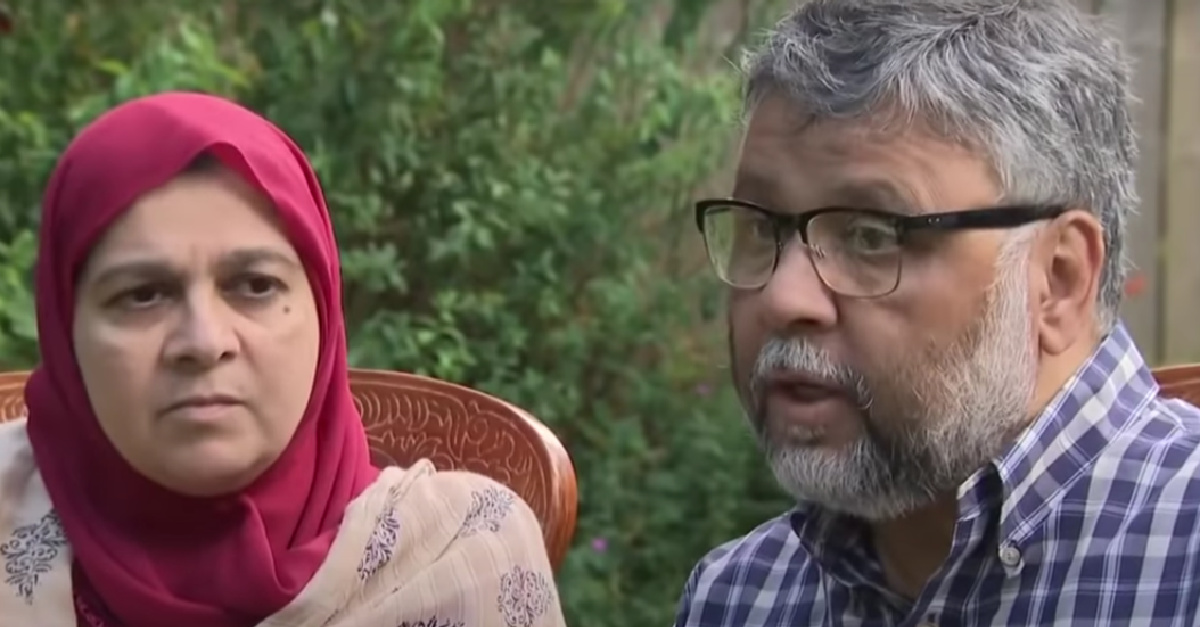 A family in Great Britain is taking legal action after police dragged a grieving father from the hospital bedside of his critically ill six-year-old daughter, who later died.

Police were acting on behalf of doctors, who had ordered the girl be taken off a ventilator and for treatments to be stopped.

The father suffered a heart attack during the encounter, but survived.

The girl, named Zainab, was born with a rare condition, Niemann-Pick Disease, that leads to loss of function of nerves, the brain and other organs. She also had contracted swine flu.

Both parents are doctors and objected to the doctors’ decision to pull her tube.

A shocking and now-viral video shows several police pulling the father, Rashid Abbasi, out of the hospital room. The video is from police body camera footage. The encounter took place in August 2019 and the girl died the next month. It became public this month due to the lawsuit.

Abbasi and his wife, Aliya, say the doctors did not give their daughter the correct treatments.

“They never listened to us,” the father told Sky News. “They would never provide explanations for their actions.”

Because of his medical background, he was able to ask “leading questions” that frustrated the doctors, he said.

After the hospital chose to remove the ventilator, Abbasi refused to leave his daughter’s bedside and also refused requests from medical personnel to talk to them outside the room. His presence prevented them from pulling the tube. The hospital then phoned the police.

“I knew if I left the bed … I would not be allowed to come back,” he said.

The video shows the father sitting by the bedside while the mother explains the situation: “We have just been told, about half an hour ago, that they are going to take the tube out and our daughter is going to die.” The father says, “I don’t want to leave my daughter; my daughter is dying.”

The footage then shows police pulling the father from the room, dragging him by his arms. Abbasi suffered a heart attack during the encounter.

“I actually thought that he was going to die,” the mother said. “At one point I said to the nurse, ‘Am I going to be organizing two funerals?’”

The hospital told Sky News that “on very rare occasions” when “there is a risk to the safety of our staff,” it “is necessary for us to seek help from the police.”

Christian Legal Centre, a London-based legal group, is representing the family in its lawsuit.

told“I want the world to see [the video] so that it is not allowed to happen anymore,” the father said.

Christian Legal Centre said in a statement that “the parents believe that the doctors became increasingly reluctant to treat even the treatable respiratory problems because of her underlying life-limiting neurodegenerative disease.”

“Fighting for her life was seen as pointless by the hospital because the genetic disease would make it likely that she would die during childhood,” Christian Legal Centre said.

“Any parent or indeed anyone who has ever lost a loved one will be deeply moved and appalled by this story,” Williams said. “You could not find more caring and loving parents who simply wanted their daughter to have a chance to continue to live.

“... The family, in their grief, have the whole legal machinery tumble down on them and no one advocating for them during the most harrowing life experience anyone could imagine,” Williams added. “… We are living in a culture of death, and when our society and frontline services unilaterally decide that death is in a child’s best interest, and the parents are left powerless in the face of the ‘system,’ it has to be exposed.”

You can watch a video of the arrest here, but warning, the material in this video may be too graphic for some viewers.