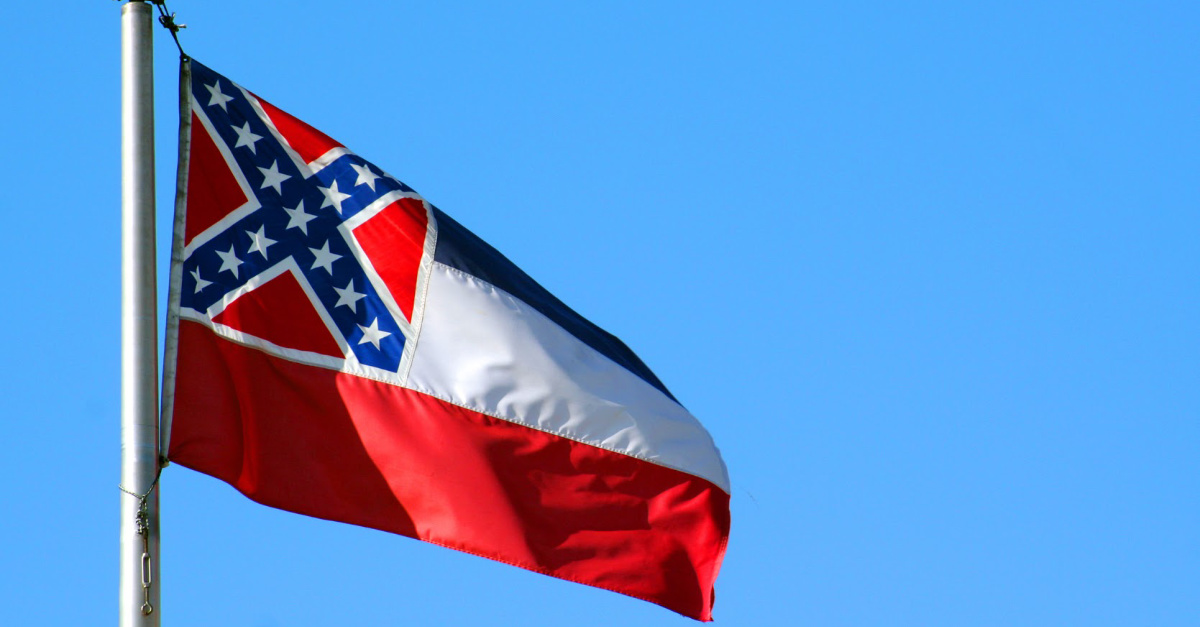 Two high-ranking Mississippi elected officials say the Confederate battle emblem should be removed from the state flag and replaced with the words on the state seal: "In God We Trust."

Mississippi Attorney General Lynn Fitch and state Lt. Gov. Delbert Hosemann made the proposal this week amid a growing controversy over the flag, which has incorporated the Confederate battle flag since 1894.

"We must look for a flag for our collective future to be flown over our collective assets," Hosemann said in a statement. "... In my mind, our flag should bear the Seal of the Great State of Mississippi and state 'In God We Trust.'"

My statement on changing the flag. pic.twitter.com/TZz7kfFbBa

"It is my personal belief that it is time for us to change our state flag to reflect the love, compassion and conviction of our people," Fitch said. "The addition of 'In God We Trust' from our state seal is the perfect way to demonstrate to all who we are."

A survey released this week showed 72 percent of likely voters support changing the flag if the new design incorporates “In God We Trust.”

Meanwhile, more than 50 athletic directors and coaches from the state’s eight public universities appeared together at the state capitol Thursday to urge legislators to change the state flag and remove the Confederate symbol. Among those in attendance were Mississippi football coach Lane Kiffin and Mississippi State football coach Mike Leach.

On Tuesday, the Mississippi Baptist Convention Board urged the state legislature to remove the Confederate symbol from the state flag.

"We are asking almost half the population of our State to salute a symbol that has (undeniably) been used for well over a century to indicate their own Country's and State's rejection of their humanity and equality," he said. "This is utterly unconscionable."